Catherine Martin has taken the Academy Award for Production Design for her work on The Great Gatsby, becoming Australia's most prolific Oscar winner. 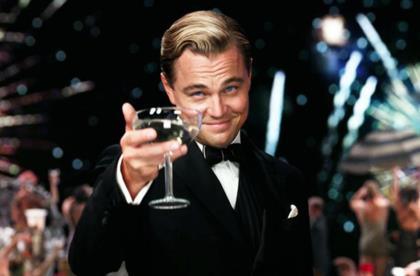 It was an historic moment for Catherine Martin and Australia at the Oscars, but like a good mum the four-time Academy Award winner used most of her acceptance speech to say hello to her children.

“I just have to shout out to my children,” Martin told the audience in Hollywood’s Dolby Theatre.

The moment came as Martin and Beverley Dunn won the production design Oscar for their work on The Great Gatsby.

It was Martin’s second win of the night and fourth of her career, making her the most prolific Australian Oscar winner.

Martin won the costume design award earlier in the night, also for The Great Gatsby.

Martin’s husband and director of The Great Gatsby, Baz Luhrmann, and Lillian, 10, and son William, eight, remained back in Sydney.

Luhrmann is preparing for the coming Sydney stage musical of their film, Strictly Ballroom.

Orry George Kelly, who was born in the NSW seaside town of Kiama and went on to become a legend among costume designers in Hollywood, held the title for the three Oscars he won in the 1950s and `60s.

The man simply known as Orry-Kelly won for the Gene Kelly musical An American in Paris, Cole Porter’s Les Girls and the Marilyn Monroe, Tony Curtis and Jack Lemmon comedy Some Like it Hot.

It was Dunn’s first Oscar.

She thanked the largely Sydney-based crew who worked on The Great Gatsby.

Martin also had a double win in 2002 for costume design and art direction for Moulin Rouge!

The Great Gatsby and Moulin Rouge! were both directed by Luhrmann.

The other films nominated for production design were: American Hustle, Gravity, Her and 12 Years a Slave.