Cate Blanchett has won the best actress Oscar, while Catherine Martin has won two Academy Awards on a big night for Australia. 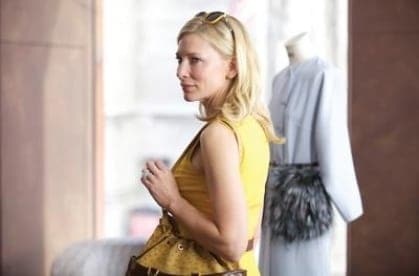 Cate Blanchett has won the best actress Oscar, putting an exclamation point on a golden and history-making night for Australia at the Academy Awards.

It is the second Academy Award win of the Melbourne-born, Sydney-based Blanchett’s career and followed fellow Aussie Catherine Martin’s two Oscars on Sunday night for her work on The Great Gatsby.

She won a supporting actress trophy in 2005 for her portrayal of screen great Katharine Hepburn in the Howard Hughes biopic The Aviator.

The 44-year-old had been the frontrunner for the gong after sweeping the awards season, picking up honours at the Golden Globes, the BAFTAs and the SAG awards.

Dylan Farrow broke her silence on the claims earlier this year, writing an open letter accusing the famed director of abusing her as a seven-year-old.

Allen strongly denies the claims and has accused his ex-partner Mia Farrow of fabricating the allegations.

Martin, wife of director Baz Luhrmann, won the costume design and production design Oscars, giving her four career Academy Awards, eclipsing another costume designer, Orry George Kelly, who was the Australian record-holder with three for An American in Paris, Cole Porter’s Les Girls and the Marilyn Monroe, Tony Curtis and Jack Lemmon comedy Some Like it Hot in the 1950s and 60s.

Earlier in the ceremony, Allen missed out on the original screenplay Oscar for Blue Jasmine, with Spike Jonze taking the honour for Her.

Gravity has been the big winner at the awards, taking most of the technical categories and the director prize for Alfonso Cuaron.

The big disappointment has been American Hustle, with 10 nominations but failed to win one, with 12 Years a Slave the night’s big winner, including Best Picture.

The 86th Academy Awards were held at the Dolby Theatre in Hollywood. – with AAP

IMAGE: Cate Blanchett in Blue Jasmine. She won the Best Actress Oscar for the role at the 2014 Academy Awards.