Australian Times contributor Elizabeth Glanville and fellow writer Fiona McCready will launch their debut novels, The Imaginist and Patchwork, in Camden on 21 February.

by Elizabeth Glanville
in Lifestyle 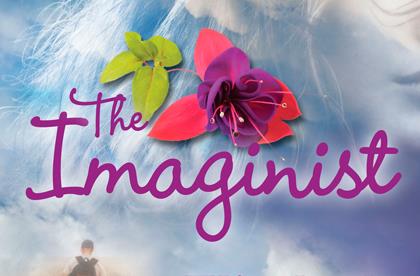 Australian Times contributor Elizabeth Glanville and fellow writer Fiona McCready will launch their debut novels, The Imaginist and Patchwork, in Camden on 21 February.

The Imaginist, which was listed for the inaugural Sony Reader Award in collaboration with The Dylan Thomas Prize, tells the story of Louise, who moves to London in search of the long coveted young professional lifestyle, but finds the cold realities of real life harsher than she ever imagined.

Louise’s enthusiasm starts to falter and she seeks solace in her daydreams. But when the line between reality and fantasy starts to blur Louise finds herself on the precipice between the two, with the pull towards idealism becoming just too strong to ignore.

Ryan, meanwhile, has high hopes from life, but when things don’t turn out as expected it becomes a struggle to keep face. As the gulf between real life and that which he portrays to others widens Ryan sinks deeper into despair and isolation.

“I’m so excited to be doing this,” says Elizabeth, who stood in as acting editor of Australian Times in late 2012. “I started writing novels nearly five years ago, so to finally have The Imaginist in print is just incredible.”

Patchwork tells the story of Anna and Sophie, two women who want more from life. They have passions that remain tucked away in a dusty hiding place obscured by everyday life. When chance presents them with an opportunity to make their dreams a reality they grasp the chance, convinced it will bring them complete happiness. The novel examines the question of what happens when you get exactly what you have always wanted.

Fiona, 33, has also published a collection of short travel stories, Stories from Afar, for which she won a national short story competition. “I started writing Patchwork in 2009 after my flatmate and I gave up TV for Lent,” she said. “Dedicating all my time at home to writing became an addiction, and soon I was utilising every spare minute to work on the novel. I loved it.”

The Imaginist and Patchwork will be launched at a joint event on 21 February, at 4 Crowndale Road, NW1 1TT. The event will begin at 7pm and Elizabeth and Fiona will be reading from their books at 8pm. Elizabeth’s non-fiction book, The Quarterlife Crisis: Tips to Beat the Trials of the Twenties, will also be on sale as well as Fiona’s collection of short stories, Stories From Afar. Both writers will be reading from their novels, and selling and signing their books.

For further information about Collective, including new pops up schemes and logos, contact Jude Bennett at [email protected] The launch of The Imaginist and Patchwork is kindly supported by Collective, a project run by Camden Town Unlimited and funded by Camden Council and the Mayor’s Regeneration Fund.