In an interview with BIANCA SOLDANI, Australian actor Michael Budd shares his experience of the London theatre world and gives us a behind the scenes glance at working alongside Bruce Willis in his latest blockbuster, The Cold Light of Day. 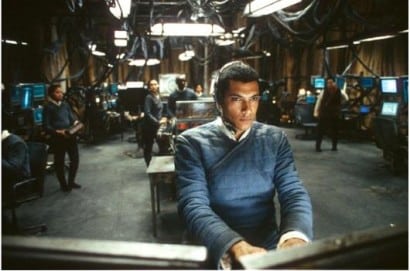 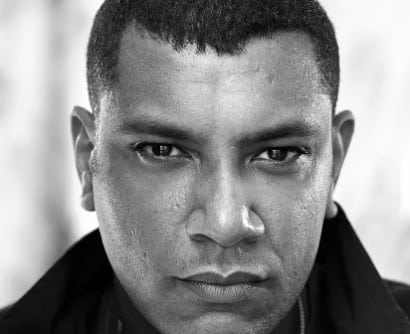 HAVING made a name for himself in London theatres, Australian actor Michael Budd has now turned his eye to Hollywood. Co-starring alongside Bruce Willis in the recently released action/thriller, The Cold Light of Day, and now embarking on a project of his own, Michael has made a seamless transition from the London stage to the bright lights of Tinsel Town. And with filming shortly expected to begin on his directorial debut, Life of the Party, we expect to be hearing a lot more about Mr Michael Budd.

Michael, I can’t help but ask — what’s Bruce Willis like?
“Bruce is an amazing legend in Hollywood— think film royalty. I truly don’t think Bruce Willis was meant to do anything else in life!”

Is he as intimidating in person as he appears on screen?
“It’s not intimidating — when Bruce Willis is on set, the atmosphere is electric!”

And I believe you had scenes with Sigourney Weaver as well. She’s another Hollywood veteran, what was it like working with her?
“Sigourney possesses a great sense of calm, she helps you be at ease before you work; a truly amazing actor to work with and even to be around. Again, film royalty.”

Considering some of the biggest A-list movie names are Aussie: Hugh Jackman, Russell Crowe, Cate Blanchett,  Sam Worthington; it looks as though Australians are very much sought after in Hollywood.  What sort of demand do you think there is for actors from Down Under at the moment?
“There’s been an Aussie explosion in Hollywood over the past couple of years. Australia has a good tradition in the arts and Aussies have a real outgoing and friendly attitude towards business — and of course, the Aussies find it a bit easier to do an American accent than the Brits!

“I envision that Australian actors will start to form a huge percentage of the Hollywood film community in the near future, if they don’t already.”

Before you started making films in Hollywood, you moved from your Eastern Sydney home to London in search of career opportunities. Would you say London was the platform from which you launched your career?
“Yes, I would. I felt a lack of opportunities for me in Australia at that time. The great Laurence Fishburne once said to me, ‘If you want to be actor, you should go to the UK and learn Shakespeare’, which I have now had the chance to do with the best in London. But I must admit, I had to get grips with the pace and increased competition in London, I started off a little slow.”

And how did you find life as an Aussie expat?
“Aussie expat life in London is great! You have all the ‘Walkabout’ pubs, but let’s face it; walk into any pub or bar when Australia’s playing sport and you’ll shortly bump into some expats.”

What advice would you give aspiring Aussies who are trying to break into the industry in London?
“Start with a few courses, maybe try ‘Actors Centre’ or somewhere similar, it’s a great place to network and work on your craft. Then think image; how do you want to be seen? Get a great headshot, and market, market, market!

“Also, if you want to get into film, I suggest taking any job on a film set so you can understand the process and meet potential employers. If it takes a long time, don’t give up — I waited several years for another break in Hollywood. Just keep working your craft, and be ready when that opportunity finally comes.”

Your first shot at a big Hollywood film was back in 2001 when the Wachowski brothers brought the Matrix films to Sydney. You hadn’t worked in film before and were cast as Laurence Fishburne’s body double, but it didn’t finish there – tell us about your experience.
“I was very nervous when I arrived at Fox Studios in Sydney. The set was enormous, it looked like a huge circus. Then, from under the bright lights, emerge directors Larry and Andy Wachowski who introduced themselves and said ‘Welcome to our set’. After looking at me for what seemed an eternity, they said ‘We think he’s a little tall to work for this’. Then the director of photography said, ‘Isn’t Laurence wearing those little slip heals for this film?’ and the brothers said, ‘Yeah that’s right, Michael how about you come back next week and meet Mr Fishburne?’. Well, that was the longest week of my life!

“The following week I went back to the production and after 200 plus days of shooting, the directors loved my work ethic and cast me in my own role, Zion Controller. Since that day, I never gave up on my dream of acting in film.”

And now you’ve turned your hand to directing! I believe you’re currently working on your directorial debut film, Life of the Party?
“Yes, Life Of  The Party, is a quirky dramatic comedy about three friends edging past their thirties who, in an attempt to hang on to their carefree youth, embark on an attempt to break the world record for the longest ever house party — 423 days. The three main characters – Jason, Kray and Sandra – throw a monumental party, but also set off on a voyage of self-discovery, facing their personal demons and coping with love and loss.

“I also star as Kray in the movie, and helped write some key scenes and characters. I am extremely excited about the film, we’ll be shooting in the US in late 2012.”

It’ll be a while yet before we get a peek at Michael’s next film, but in the meantime, you can catch him in The Cold Light of Day, which is out now in cinemas.