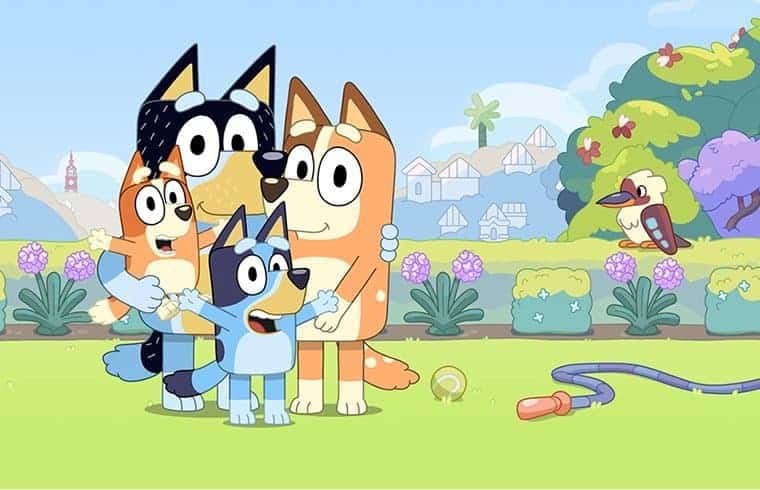 Bluey, the much-loved animated series about a family of Aussie heelers, produced by Brisbane-based Ludo Studio, was announced as the winner of the Kids: Preschool Award at the 8th International Emmy Kids ceremony in New York on 31 March. The ABC KIDS show was the only Australian recipient of this year’s global children’s programming awards, the nominees for which spanned 15 countries.

Bluey is the most-watched program in the history of ABC iview, with series one surpassing 241 million program plays since its launch in 2018. Series 2 is screening on ABC KIDS everyday at 8am or catch up on episodes via the new ABC KIDS app, which boasts improved search features and show filters for children and parents.

Libbie Doherty, ABC Head of Children’s Content, said the Emmy Award showed that outstanding Australian stories, characters and voices resonate with children the world over. “It’s no accident that these hilarious Aussie heelers are the most popular family in the country, nestling their way into the hearts and homes of people here and overseas,” she said.

“Congratulations to the wonderfully creative team at Ludo for bringing Bluey, Bingo, Chilli and Bandit to life with such humour and care. ABC Children’s is proud to broadcast Bluey for our young viewers, helping them laugh, dance and play everyday.”

Daley Pearson, Executive Producer Bluey and Director, Ludo Studio, said: “We’re so proud of Joe Brumm and the whole gang of beautiful artists at Ludo. They’ve created a beautiful show celebrating one of the most important things: imagination and game play. Bluey‘s created a special connection to people around the world and it’s a real privilege to be creating the show under one roof in Brisbane with our friends.

“It’s also been a secret dream of ours to create a bit of an industry in Brisbane that competes with the world. We’ve spent the last few years laying the first bricks down with Screen Australia, Screen Queensland, the ABC and BBC Studios and we’re excited to see what’s next together.”

Charlie Aspinwall, Executive Producer Bluey, said: “We’re so excited. An Emmy win is incredible recognition for Joe Brumm and each and every one of the fantastic team at Ludo Studio. They’ve poured their hearts and souls into making Bluey the show that everyone loves and we’re just so proud of this achievement and how far we’ve come.“

Bluey is produced by Ludo Studio for ABC KIDS and is co-commissioned by ABC Children’s and BBC Studios. Financed in association with Screen Australia and Screen Queensland, Bluey is proudly 100% created, written, animated and post produced in Brisbane.