Bliss N Eso are running on air in London

AUSTRALIAN hip-hop group Bliss N Eso have made the big trip to London this summer for their first ever headline show in the United Kingdom. 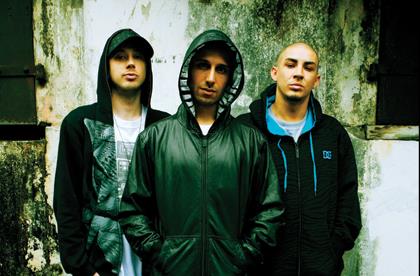 AUSTRALIAN hip-hop group Bliss N Eso have made the big trip to London this summer for their first ever headline show in the United Kingdom.

The Bliss N Eso boys will be bringing their energetic show to The Garage in Islington tonight (Tuesday 17 July) for an intimate performance.

“We are stoked to finally be heading over to London and can’t wait to finally rock out on stage for all our fans over there”, said MC Bliss.

For those less familiar with the crew, Bliss N Eso’s latest album Running on Air debuted at #1 on the Australian ARIA Album Chart and features guest appearances from the likes of Jehst, Xzibit and RZA to name a few. Their Running On Air Tour in 2011 was the highest selling Australian hip-hop tour of all time and they regularly headline Australia’s biggest festivals.  The multi-platinum Aussie hip-hop group are generally regarded as having one of the most electrifying live shows in the Southern Hemisphere and it’ll be no different at The Garage tonight.

Perth caterer was a wedding no-show and failed to refund the money paid. He also botched a 40th birthday celebration....

This week’s announcement of mandatory disclosures of climate-related risks for companies and financial institutions is arguably the New Zealand government’s...

The IPL’s cancellation in March meant all India’s states lost a stage for city-branding and the income raised by taxing...

Most people still don't realize that public Wi-Fi spots can put them at risk during their trips. It is tempting...