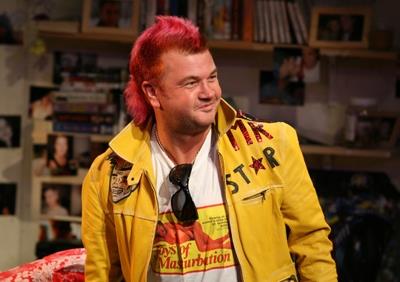 DARRYN LYONS has walked through the front door of the Channel 5 revival of Celebrity Big Brother.

The 46 year old Geelong born paparazzo moved to London when he was 22. He worked for now defunct British newspaper News of the World before covering the Bosnia War for The Daily Mail. In 1992 Lyons founded Big Pictures, which supplies much of the pictorial fodder to the UK’s tabloids. He is a regular media commentator on programmes such as Sky News.

Twitter rumours of a Charlie Sheen appearance on Celebrity Big Brother are yet to to be validated.