Big and Small: “Our Cate” Blanchett the star of the British stage

Australian acting legend Cate Blanchett is wowing London's theatre-going public with an energetic but moving depiction of isolation in the Sydney Theatre Company's new production "Big and Small" at the Barbican. 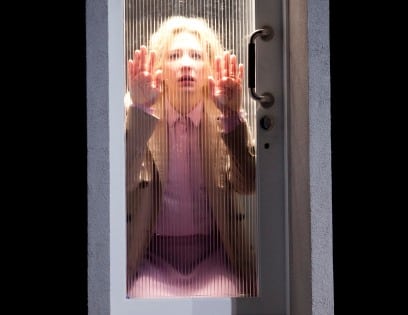 AUSTRALIAN actor Cate Blanchett and the Sydney Theatre Company (STC) impressed a full-house at the Barbican Centre on Saturday 14 April 2012 in a performance that looks set to be a highlight of the theatrical season.

Blanchett and the STC, of which she is co-director along with husband Andrew Upton, is currently performing German playwright Botho Strauss’s Big and Small (Gross und Klein) as part of the 2012 London Festival. Written in 1978, Big and Small looks at social estrangement and abandonment as one woman, Lotte (Blanchett), loving but unloved, criss-crosses Germany in search of a human connection that she never finds.

“It’s one of those plays you don’t want to make too much sense of,” Blanchett recently explained on the BBC’s The Graham Norton Show.

In ten scenes, each dominated by an indefatigable Blanchett, Lotte stops off in different German locales seeking friendship. The play’s director, Benedict Andrews, has called it “a metaphysical road movie”.

On her way, Lotte encounters common examples of society’s alienated. From the comical, including a nerdy computer programmer-cum-chess player, a failed beauty queen, and a Gogolian low-level bureaucrat responsible for dog licences to the serious, including junkies, immigrants and abandoned children.

The set design often places Lotte at the heart of contemporary isolation, using what must be two of the most isolating locations in the world: a fluorescently-lit public telephone box and a doctor’s surgery waiting room.

Big and Small is often funny, sometimes slapstick, but always serious. The translator Martin Crimp has done an excellent job in modernising the plays’ language and universalising the message and setting. Yet Strauss’s inspiration from the pessimist theories of inter-war German cultural critic Theodor Adorno remains as untouched as ever.

Writing in 1940s Germany, Adorno lamented the ruthless corporate inauthenticity of the age in which cinema and radio neuter the individuality of each person.  “No scope is left for the imagination,” he wrote.

The alienation of modern communication is an obvious theme in Big and Small. Dictaphones, televisions, newspapers, front door intercoms and waiting room announcements all interfere with Lotte’s search for real human contact.

It is through Lotte’s simplicity, often bordering the idiot-savant, that we witness the real bleakness of society.

Blanchett’s performance is the draw card. “Our Cate” is widely-adored in Britain for what many see as her finest film role, portraying Queen Elizabeth I in the eponymous 1998 film. As Lotte, Blanchett brings extraordinary versatility that captures the efforts of a simple woman to “only connect”. Blanchett’s vocal range extends from girly squeals to guttural, gaseous belches while her physical movement can quickly change from energetic Pina Bausch-like dance movements to perfect stillness.

The Australian spectator may appreciate the many overtly Antipodean moments. Blanchett does little to hide her drawn-out monopthongs in words like “Amaaaaazing.” In another scene, a bickering, alcohol-fuelled barbecue could be in any Australian backyard in January except for the German flag blowing upstage.

While the STC last visited London in 1995, the standing ovation success of Big and Small can be hoped to lead to a more regular European presence. Australia’s “Our Cate”, it seems, is just as popular as the British “Our Kate”.