Beyond reproof: the genius of Mariah Gale

INTERVIEW | Half-Australian actress Mariah Gale stars as a brilliant but troubled mathematician in a new production of award-winning play ‘Proof’. 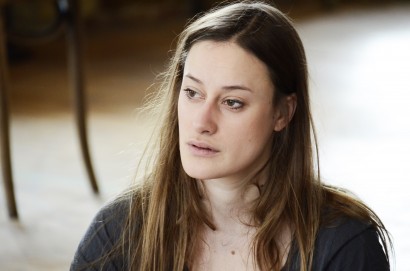 Gale plays Catherine, the daughter of an ailing but brilliant mathematics professor. Catherine — in a role that Gale’s high school maths teachers would perhaps have trouble imagining — emerges as a genius in her own right but struggles with concerns she will inherit the mental illnesses of her rapidly declining father.

“I’ve been really enjoying pretending to be a maths genius,” Gale told Australian Times during a rehearsal break at the Menier Chocolate Factory in South London.

But Gale is quick to assure potential audiences that Proof is more than academics in bowties challenging each other to some sort of E=MC2 duel. It is the parallels of mathematics to other parts of human life that create the dramatic tension.

In this drama of obsession, fear and genius, Gale performs alongside other well-known British actors Emma Cunniffe, Matthew Marsh and Jamie Parker.

Proof is a Pulitzer Prize and Tony Award winning play and was turned into a 2005 film with glamorous Gwyneth Paltrow featuring in the role of Catherine. The ready associations with Hollywood stars and cherished prizes do not faze the down-to-earth Gale.

“You have to forget that it is an iconic role,” Gale says. “You just have to sort of get on the stage and do it.”

In any case, Gale has already successfully pulled off more than her fair share of iconic performances. The young actress rose to prominence through her work with the Royal Shakespeare Company (RSC), earning her from some quarters the moniker “RSC wunderkind.” Gale is particularly remembered for her interpretation of the ill-fated Juliet in Romeo and Juliet.

Gale is enjoying the challenges of playing the reluctant genius of Catherine.

“Catherine is not just reactive but very cerebral. She drives a lot of the play.”

“Usually young women play the role of a girlfriend or a bereaved wife,” says Gale. But the challenge of playing Catherine, Gale admits, “is rare and out of my comfort zone”.

It is this kind of enthusiasm that has made Gale so sought-after. Gale was recently praised for her role in Anton Chekov’s Three Sisters at the Young Vic, which was directed by Australian director Benedict Anderson.

It has been decades since Gale last spent time in Australia where the majority of her relatives still live. But her time in Brisbane has left lasting impressions.

“I always look back on it as an amazing time of my life,” Gale says. “I think Australia is so beautiful.”

A connection between Proof’s mathematical subjects and Gale’s own mathematically-inclined grandfather make this role particularly personal.

“Proof is weirdly connected to my granddad,” Gale says. Gale recalls childhood snippets in which her playful pop challenged her to find the square root of minus 1. Later in life, Gale’s grandfather was convinced he had discovered the mathematical formula for God — a secret, Gale rues, which he did not share with his attentive granddaughter.

But while the formula for God may still be out of reach, it appears Gale has cracked the secret to acting success.