MUSIC FESTIVALS | Editor's pick of the top music festivals to rock your London socks off in 2012. 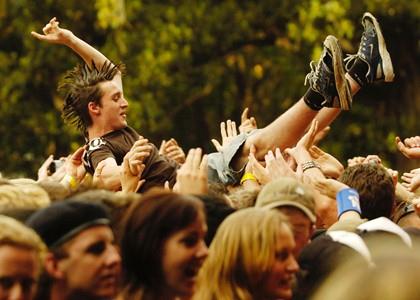 The editor’s pick of the top music festivals to rock your London socks off in 2012.

When: 4-6 May
Where: All over Camden
Highlights: Death in Vegas, Alabama 3, Sway, The Futureheads, The Raincoats, Gas Coombes.

It’s authentic, it’s righteous, it’s just so London. Knocked together by ol’ Groove Armada, it’s one of London’s hottest events. And in 2012, they’re celebrating a decade of love with a mix of hip hop, indie, punk and electro, and a huge dance line-up, you’re sure to love it!

Missing music from home? Now in its second year, this London festival showcases the biggest tunes from Aussie, Kiwi and Saffa bands in celebration of the best the Southern Hemisphere has to offer. Muck in and support your fellow Australasian businesses and entertainers.. many of the based in London, just like you.

Love your Byron Bay blues? Well why not try it London style! Now in their second year, the Bluesfest brings a week long celebration of jazz and blues as it grooves its way across Britain’s northern and southern epicentres.

Isn’t it awesome having Hyde Park just around the corner? First there’s Hard Rock Calling, then there’s Wireless. Carnival rides, music workshops and street theatre performances showcased alongside huge international headliners. And this year, some certain Adelaide homies will be bringing the Aussie beats to the party.

No Glasto, no worries! London has the perfect antidote, bringing the biggest bands to your backyard, and with Cold Chisel on the bill, it’s got to be the festie highlight of the year for us Aussies who love a beer and a bit of a sing. Plus should you pick up, forget the tent, it’s off to your place. Rock on and rock out, London!

Interview: Don Walker opens up about the ‘new’ Cold Chisel

Keen for some funky beats? Head down to the Common and dance the weekend away at one of the world’s premiere electric festivals.