Bernard Fanning of Powderfinger fame talks music, art and living ‘the Spanish way’, ahead of the UK leg of his European tour.

I must admit that I am a little nervous when I sit down with my Vegemite toastie and prepare for my first task of the morning. It is one of those days that I am grateful to be living out my dream and excited because it is not every day that I receive a call from one of Australia’s most loved and well known singer-songwriters.

The phone startles me when it rings but I am put at ease when I am greeted by Bernard Fanning’s “Howyagoin’?” His Australian accent has not been lost despite being away from his homeland during the past few years.

Being a Powderfinger fan from way back (my favourite album is Double Allergic, but I partied hard to Vulture Street) I want to know what we can expect from Fanning’s upcoming European tour, what does he enjoy about Madrid and what is his favourite Brisbane bus route.

Fanning, along with his Spanish wife and two kids (5 and 3 years old), has lived in Madrid for the last 18 months. When asked if he is enjoying his “grown up gap year” he laughs: “I love my grown up gap year! This is my second time living in Madrid and I love it!”

So will we see any Spanish influences in his next album, due out in early 2016?

“No. Flamenco is a complicated and cultural art form. I love it for being so complex, but it is something out of my reach.” 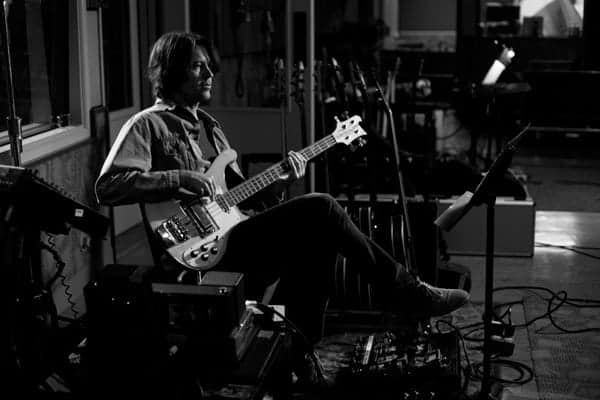 So, what can we expect to hear?

“Powderfinger was typically rock, but I think my next record can be described more as acoustic folk. And that is what I am doing over the next few weeks in Europe.”

Fanning is going on tour, but not like he used to…

“I’ve played in London before, but this will be the first time I play in Europe without my band. It will just be me and Matt [Engelbrecht], our guitars, mandolin and bass. I will be playing songs from all my records as well as plenty of new stuff in smaller venues.”

This is new territory for Fanning and something he is eagerly looking forward to.

“All of the gigs are in a stripped back acoustic format. We are testing it out in Europe and I am really excited! I have always wanted to do this and now, while I am living in Europe, it is the perfect opportunity. I hope they like it.

“It is just us and our guitars travelling by train.”

Train? Did I hear that correctly?

“With Powderfinger we travelled on a coach or plane between gigs. The traditional way for folk musicians would be to hitch, but the train is probably more reliable in Europe. It’s not something that could be done in Australia as there are no great train systems, unless you are in suburbia.”

As a Brissy girl with a soft spot for the 385 I have to ask, what is your favourite Brisbane bus route?

Fanning chuckles, “It’s been a while, but I used the Bulimba ferry 37 when I was a kid. And there was always the Duke Street 16, West Toowong bus. It has probably all changed now.”

What about a favourite “old tune” that you like to play?

“It changes every day! I think every musician goes through phases with their own music, just like you would with anything else. One day you could be a Led Zeppelin maniac and the next day you could be a Madonna maniac. My favourite song is generally the one that I am writing at the moment.”

Is there somewhere or something you draw inspiration from when you write songs?

“Sometimes songs are freaks that just appear and form very quickly, or they can be a bigger project that takes a while to come about. Anything [can inspire me], mainly my own personal experience in the world. I don’t write fictional songs and they are mainly influenced by what I have recently read or watched.”

Do you have any advice or words of wisdom for a singer, band or songwriter just starting out?

“Get a manager or agent if you want to be big.”

Where is your favourite place in the world to perform?

“Every place has such a different experience. Powderfinger played in London at the Hammersmith Apollo. That was probably our best gig in 20 years, there was such good ambience.”

Have you ever lived in London?

“I have travelled there a few times, but it is not a place I have ever wanted to live.”

“I am embedded in the culture. With the population of Sydney more densely populated, it is extraordinarily busy.”

Living in Madrid, you must have a football (soccer) team you support?

“Atlético Madrid. Partly because my wife’s whole family support Real Madrid and that’s just too easy. They are like Man U or Chelsea, buying all the big players. Atlético Madrid are champions at the moment.”

Having immersed yourself in the city’s culture, what are Bernard Fanning’s must do’s in Madrid?

“[1] El Retiro [The Buen Retiro Park] is the main park in town and is one of the largest parks in Madrid. It was owned by Royal family and used for hunting. It is a beautiful place to see.

[2] The centre of town; walking, eating tapas and drinking beer around a city that has 100’s of years of history. Unlike Australia, you don’t sit down for a big drinking session in one place. Instead, you might eat prawns and one drink at the first place, followed by more anchovies and another drink at the next venue. You keep going to the next place with tapas. This is the Spanish way.

[3] The Prado Art Museum [Museo del Prado] is pretty incredible. It is like the Lourve in Paris, you can’t see it all in one go. It’s huge!”

I agree. I was at the Prado in February and it was great!

I know you hate lists, but indulge me for a moment, if you could collaborate with three artists, living or otherwise, who would they be?

Fanning enlightens me of Winton’s recent speech about refugees and his plea to stop turning back the boats.

So, what do you think about the changing world? Has it influenced what you do with your music or how it is shared?

“The medium has changed how music is sent out to the wider world [and] buying music has been devalued. Technology is always going to keep changing, so there is no point in fighting it.”

Nevertheless it won’t influence how his new record is released.

“The album will be released as normal, nothing unusual. Probably a CD and vinyl; there has been a resurgence of vinyl recently.”

Fanning believes that you must “be flexible and adapt quickly” in such a changing world, which is probably why ten years from now he sees himself “being the dad of teenagers, pulling my hair out; a different life to what I’ve been doing.”

Will there still be music?

“There will be music, always, whether it is released or not. It is something I have to do every day. It is a big part of my life.”