Australian Times talks to Home and Away actor Robert Mammone about his role in the hit Aussie series Underbelly. 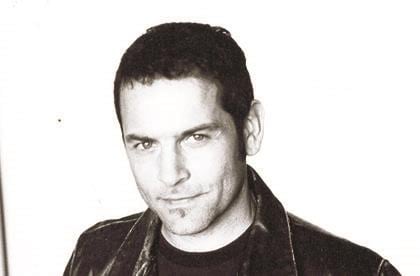 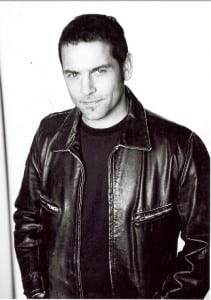 IT has always been a staple aspect of Australian drama to portray everyday life authentically. That is why, when Underbelly premiered in 2008, the landscape of the entertainment industry changed forever. ‘Authentic Australian life’ was suddenly no longer the sanitised domestic drama of the suburban family: it was would-be gangsters being shot at in the street.

Australian actor Robert Mammone believes that the audience’s love for a crime story, as well as the fact that the Melbourne gangland killings that inspired the series “were so recent in the psyche”, contributed significantly to the resonance of the series with the Australian public. Mammone infamously portrayed drug trafficker Tony Mokbel in the first season of Underbelly, which has recently begun screening on CBS Action in the United Kingdom, four years after the show first aired in Australia. Five series and three telemovies have been produced during that time, chronicling the nation’s often sordid criminal history. The series’ latest instalment, Underbelly: Badness has been labelled as both “scary” and “brilliant” by reviewers.

“When we were filming the series it had only been about four years since the last incident in the gangland killings. People remembered the front pages, particularly the killing of Jason Moran. He was killed at a football clinic in front of his kids, and in many ways it was a seminal moment that people remembered,” Mammone told Australian Times.

Mammone claims that there is something uniquely Australian about the country’s fascination with crime: “I have a friend who is an Irishman, and when he was trying to get into the country they asked him at immigration if he had a criminal record. He said he didn’t know that was still a requirement. Australia has always been fascinated by crime, and part of the interest in Underbelly was that people wanted to see how it all went down.”

The actor’s portrayal of Mokbel as a charming and personable character was based on the recollections of the members of the Victorian police charged with bringing the drug trafficker, and associate of convicted murderer Carl Williams, to justice.

“The thing about Tony Mokbel is that if he had gone into legitimate business he would have been successful. He was a likable guy and that showed through in the way I played the role,” said Mammone. “I was speaking to some of the guys from the Purana Taskforce, that was set up in response to Melbourne’s gangland killings, and they said that if he was in the bar right then there would be a crowd of people around him because he was the life of the party. It was important to get that across.”

The Underbelly franchise has provided a showcase for Australian actors over the past four years, with many of the country’s established and rising performers being able to portray the gritty and often colourful characters that exist within Australian criminal history.

“I take my hat off to the show’s producers and the network,” said Mammone. “They are committed to selling the truth in the story, and it provides avenues for good actors who haven’t had the opportunity before. The Australian entertainment industry is struggling, and it is relying on one or two hits to survive. We need international investment in the industry, but the stories we want to tell are not necessarily the stories that will sell overseas.”

Mammone is best-known in the United Kingdom for his role as Dr Sid Walker in Australian soap Home and Away. He is also due to begin shooting on Iva Sen’s latest film , where he will perform alongside international Australian actors such as Hugo Weaving and Ryan Kwanten.

“My character in Mystery Road is very removed from Sid in Home and Away, and even from Tony Mokbel. He is a devious gentleman and you cannot trust him, so it’s a nice segue-way into a new character,” Mammone said.

When asked whether he may reprise his iconic role as Tony Mokbel in a future instalment of’ Underbelly Mammone remained coy: “There has been a rumour of Mokbel appearing in more Underbelly, but we will have to wait and see,” he said.

Mystery Road is expected to premiere at the Cannes Film Festival in 2013.

Underbelly can be seen on CBS Action every weeknight at 10pm, while Robert Mammone can also be seen in Home and Away on Channel 5.