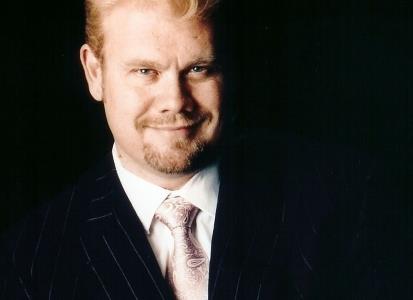 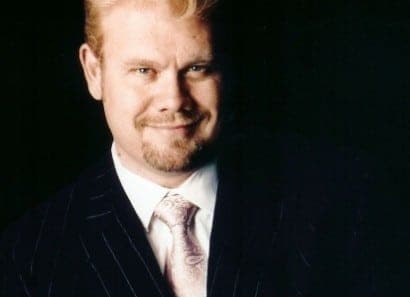 WHEN the scheduled tenor for the English National Opera’s upcoming production of Richard Wagner’s The Flying Dutchman, Australian Julian Gavin, fell sick, the ENO made a trans-Atlantic call to another Australian, operatic star Stuart Skelton.

No worries that Skelton was already booked to sing the role of Siegmund in Die WalkÃ¼re on 13 April 2012 with none other than the New York Metropolitan Opera.

With a bit of flexibility from The Met, Skelton was able to notch up some more frequent flyer points and save the day for the ENO.

Already in talks with opera companies for 2016, Skelton is clearly a musician in demand. 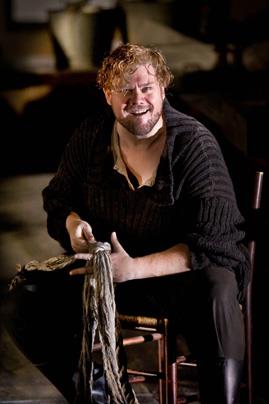 After putting aside his undergraduate economic textbooks in the early 2000s, Skelton won a prestigious opera scholarship to study in the United States. The accolades and the professional invitations have been plentiful ever since.

Successes in major operatic venues across Europe, the USA and Asia and appearances with classical musical legends including Daniel Barenboim have cemented Skelton’s status as a world-class singer.

Now living in Florida, Skelton has made a name for himself as what the opera buffs know as a “heldentenor”. With powerful, booming voices that can reach the back of opera halls the size of hangars, heldentenors are usually associated with the operas of German giants Wagner and Richard Strauss.

London has been a constant venue of success and Skelton has not missed an opera season in the Old Dart’s capital since his debut with the ENO in 2006. Recent performances in Peter Grimes (2009) and Parsifal (2011) were greeted with unbridled acclaim.

“It’s a company and a city that have been incredibly kind to me,” Skelton says of London and of the English National Opera. “Australia will always be home, make no mistake, but this is my home company.”

For this season’s production of Wagner’s The Flying Dutchman Skelton will reprise the role of Eric, one that he has already interpreted almost 90 times.

Eric is the loser of a highly unusual love triangle. His long-term girlfriend, Senta, falls in love with The Flying Dutchman, the cursed captain of ghoulish schooner akin to the Black Pearl in Pirates of the Carribean. Senta’s love and death releases The Flying Dutchman from the devil’s curse that had him sail the seas forever.

Eric, understandably, is far from pleased that the woman he expected to marry runs off with a cobweb-ridden phantom.

But playing Eric as a sobbing pantywaist is what Skelton tries to avoid.

“He is sort of a nice guy who finished last, to a certain extent,” Skelton explains. “But I think it’s something I try to avoid, turning him into what the Germans would call a Weichei or ‘soft egg.’ He’s not a whiner. He’s not a mummy’s boy. When he comes on, he’s confrontational with Senta. ‘Hey, what they hell are you doing?’ he says to her.”

And despite almost making a century of Eric appearances, Skelton’s Eric is far from getting stale.

“It’s not a difficult job to stay fresh in it because there are so many different things each time,” says Skelton.

The Eric in the 2012 ENO production, directed by notable former theatre director Jonathan Kent, is more physical than those Skelton has played in the past.

“It’s about making the performance roles as filmic as possible,” explains Skelton. “It’s not about big gestures and funny dresses. It’s about what two people would do, how they would really react, in such situations.”

This winter Down Under, Australian audiences will have the rare chance to see Skelton live. After a North American production fell through, leaving him with ten week gap in his schedule, Skelton was quickly engaged by the Tasmanian, Adelaide and Melbourne Symphony Orchestras.

“Serendipitous in the extreme,” says Skelton, smiling at his own understatement: his Australian visit takes him right up to the day before he must return to London for a performance in The 2012 Proms at the Royal Albert Hall.

The Flying Dutchman runs until 5 May. For further details, visit Eno.org/see-whats-on/productions/production-page.php?itemid=1882