Australian photographer commended in Wildlife Photographer of the Year

An Australian photographer, Justin Gilligan, has been commended in the 2013 Wildlife Photographer of the Year Competition, exhibited at London's Natural History Museum from 18 October 2013 until 23 March 2014. 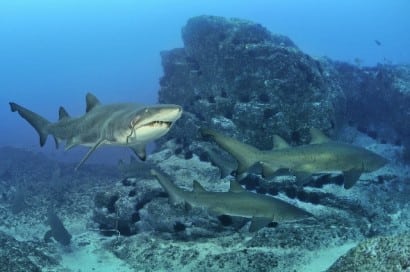 A STRIKING photo by Australian photographer Justin Gilligan has been commended in this year’s Wildlife Photographer of the Year Competition. Co-owned by the Natural History Museum London and BBC Worldwide, the competition is fiercely contested, this year attracting almost 43,000 entries from across 96 countries.

The commended image, Hook, line and sinking, will sit among 100 awe-inspiring photographs to form the acclaimed exhibition debuting at the Natural History Museum in October, before embarking on a UK and international tour.

The exhibition, which also features the eagerly anticipated winning and runner-up images, reveals the astonishing richness and diversity of life on our planet while highlighting the fragility of nature.

Now in its 49th year, the Wildlife Photographer of the Year Competition attracts entries from professionals and amateur photographers alike. Judged by a panel of industry-recognised professionals, the images are selected for their creativity, artistry and technical complexity.

The Wildlife Photographer of the Year Competition runs from 18 October 2013 until 23 March 2014 at the Natural History Museum in London. Tickets are £12. See nhm.ac.uk/wpy.