To top off a massive year for Australian indie dance trio RÃœFÃœS, they have just headlined two sold out gigs in London. 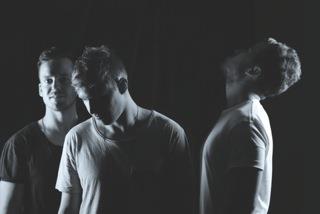 THEY are yet to release their music in the UK,  but in the past week Australian indie-dance trio RÃœFÃœS have headlined two sold out gigs in London.

First at the Shacklewell Arms in Dalston, and then on Tuesday night at Madame JoJo’s in Soho, the band played songs from their Australian chart topping debut album ‘Atlas’.

Playing deep house music together for three years, Jon George, Tyrone Lindqvist and James Hunt have brought their music to Europe for the first time, performing shows in London, Paris and Berlin.

“It has superseded our expectations in every way. The locations are visually stunning, the people are super friendly, the food’s been 10/10,” the band says.

The influence of their music is undeniable. With lyrics about sunsets, horizons and oceans, RÃœFÃœS have captured the sound, and the party which is the Australian summer.

And that’s exactly where they wanted to take the London crowd at their gig on Tuesday, or so they said before their song Simplicity of Bliss, where singer  Tyrone  repeats ‘This is Paradise’ against a synth accompaniment similar to that of Moby’s In My Heart.

“We spent 11 months making it through the summer on the coastline around Sydney. So I guess our sound is heavily influenced by the warm summer climate, beaches and ocean,” RÃœFÃœS tells Australian Times.

Interestingly, this summer sound does not seem out of place in a wintry London, which the guys say “has been way way way colder than we could’ve ever imagined.”

The percussion (including a harmonica and cowbell), drum pads, and synthesizer gives it an electronic edge, which allows the music to transcend borders and seasons. And the mostly Australian crowd loved every minute, singing along to the song Take Me.

“They’ve been amazingly receptive and we can’t wait to come back to play more,” the band says.

It has been an epic year for RÃœFÃœS, full of what the guys describe as “pinch yourself moments”.

Their debut album reached number one on the ARIA Album Charts in August. They toured with both Royksopp and Yuksek. And their latest single Desert Light – to be released in the UK in February 2014 – was ranked number one on Hype Machine.

“It’s been incredibly surreal… we seem to be doing a lot of high fiving these days!”

In terms of 2014, we have a lot of plans for travel/touring and some more writing in the second half of the year. We’re just going to keep doing what we’re doing and hopefully people vibe it.”

Listen to Take Me by RÃœFÃœS here: