From postage stamps in China to the Vatican museum, Charles Billich's artwork can be seen all over the world. Now the renowned Australian artist is set to present his first UK exhibition. 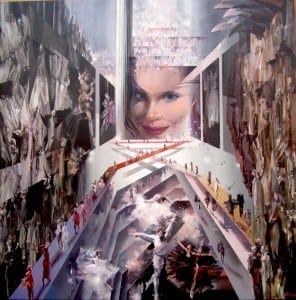 AUSTRALIAN artist Charles Billich has announced his first show in the UK, an exhibition of paintings and prints at La Galleria in Pall Mall, London during October.

Sydney-based artist Charles Billich has, in a career spanning some forty years, exhibited at some of the world’s most important venues and been an honoured guest and resident artist on many occasions, including the 1996 Summer Olympics.

From the Vatican Museum to the White House, the Olympic Museum in Lausanne to His Majesty King George V. Tupou’s Palace in Tonga, the Red Cross Museum in Geneva, to numerous university, government, corporate and private collections, Charles Billich has an eclectic and ubiquitous following.  His work can even be seen on a collection of 16 postage stamps currently in circulation in China based on the Bing Ma Yong Terracotta Warriors.

His subject matter ranges from sport, ballet and the stage, to architecture, eroticism and portraiture and selections from this work will be on show at this UK show including the painting, Bolshoi White Knights and the drawing High Density. 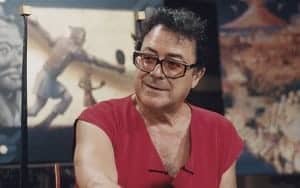 The journey that Billich himself has taken to reach this point is almost as remarkable as the striking work itself.  Born in what is now Croatia, but was then Italy, he was imprisoned for his anti-Yugoslav writings.  Upon release from prison in Maribor, he emigrated to Australia and there he studied at the Royal Melbourne Institute of Technology, before continuing his studies at the National Gallery Art School.