Australia hungrier for organic produce than the UK

ORGANIC FOOD SPECIAL | Buying organic in the UK is more affordable than in Australia, yet here the food trend is on the decline. 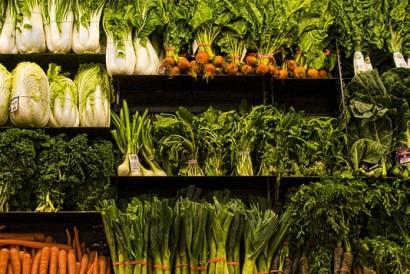 BUYING organic in the UK is more affordable than in Australia, yet here the food trend is on the decline.

Interview with an organic vegetable here

Where and how to buy organic in London here

While foodies concerned with health (their own and that of the environment) would have noticed the price gap, the difference to their budget bottom line may be short lived as the organic market takes a dive.

Figures show that over the past year in the UK the amount of land dedicated to growing organic produce decreased, the number of organically reared livestock fell and the organic sales market as a whole contracted.

The downward trend began during the 2009 recession as middle income families — the largest consumer group in the organic market — dramatically reduced their spending on ‘luxury’ items.

The fall in demand has continued as consumer confidence remains weak and has led to a contraction of the UK’s organic market as a whole, down 1.5% by the start of 2013. This represents a decrease in market value of £1.67 billion to £1.64 billion.

With fewer products being purchased, the acreage of farmland dedicated to organic crop production has reduced. At the end of 2012, UK farmland classified as organic was down 7.4% compared to the previous year.

At the same time, farmers are refraining from committing new land to costly organic production, with conversion land (which must be managed organically for two years, before being approved as organic) dropping by 12.4% at the end of 2012.

Similarly, fewer animals are being reared to organic standards. In 2008 there were over four million organically raised birds in the UK, but by the start of this year that number was down to just over two million.

At the opposite end of the scale, the revenue from organic farming in Australia is predicted to rise by 12.5% to $617 million by the end of the year.

Having identified organic farming in Australia as “a blossoming industry,” IBISWorld has forecast that “the industry will continue to grow strongly over the next five years” with revenues to rise 10.3% per annum over that period.

UK based Australians soon to return home will be hoping the market’s good fortune will be passed on to consumers through a reduction in shelf prices.

At present, organically grown foods in Australia are as much as 300% more expensive than other produce. Cost-of-living research from Suncorp Bank has shown that a basket of organic goods including bananas, eggs, mince and chicken breasts, would cost a consumer $100 versus $56 for regular items.

Over the course of a year organic buyers could spend more than $2300 extra.