Australia has been asleep for too long: Christos Tsiolkas

INTERVIEW: Christos Tsiolkas, author of ‘The Slap’ and guest director of this year’s Cheltenham Festival, asks: why is it that our sense of Australia is so extreme, either “God’s Earth” or “Arse-hole at the end of the world”?

We caught up with Melbourne author Christos Tsiolkas, known for writing Loaded (filmed as Head-On), The Jesus Man, Dead Europe and The Slap, which won the Commonwealth Writer’s Prize and was longlisted for the Man Booker Prize. This year he is guest director of one of the biggest festivals in the UK: Cheltenham Festival.

Each year Cheltenham Festival has a country focus and for 2015 it is Australia. We asked Christos about his role in curating the Aussie part of the programme as well as identity, myth and the future of what he calls the ‘Australian Project’

Australia is a country focus at Cheltenham Festival this year and you’ve been picked as guest director. What was your aim when curating the Australian part of the programme?

The festival had already invited guests so what I chose to do was frame the question of Australian identity and Australian culture in a particular way, wanting to ask: why is it that our sense of Australia is so extreme, either “God’s Earth” or “Arse-hole at the end of the world”? I think both responses are evasions and somewhat childish.

So in giving the festival this gentle push towards looking at this question, I hope that we as writers and attendees can use it as a springboard to ask further questions. One more I would like to pose I would be: is Australia’s apparent immaturity both a curse but also an indication of great potential?

You’ve been quoted saying “In many ways, Australia strikes me as a work in progress”. In what areas in particular do you think this is true?

Clearly there are great wounds in our national and historic psyche that have yet to be healed. First and foremost there is the history of Aboriginal dispossession, our failure to recognise how fundamentally our country is an Aboriginal country (which does not mean we who are from settler histories can’t be part of that). Second, I believe, is the violent history of convict transportation that so marks our character and our passive-aggressive relationship to the UK. And thirdly is the blight of the White Australia Policy.

All these enormous historic wounds are, of course, great burdens. But I think the potential comes from our still trying to understand and reconcile ourselves to these histories.

This is where I see multiculturalism as the great circuit-breaker to all these things; that the fact that we now all come from all over the world, that for most of us we don’t owe or comprehend allegiances to the UK, means that we are beginning to ask new questions and we are beginning to create new cultural forms. It is in this sense I see us as a “work in progress”, that we are still working out what nationhood might be. 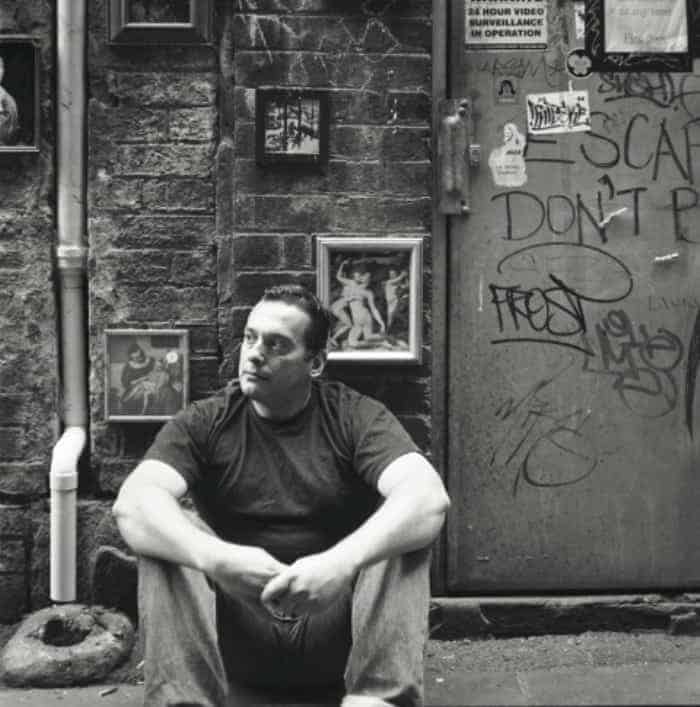 You’ve mentioned ‘myths’ as a big part of the Australian identity. How much do you think the ‘bush, beach, beer’ identity is something fostered within Australia and does it ring true anymore?

Our relationship to the “bush” has been fraught because I think existentially, non-Indigenous Australians recognise it as distinctly Aboriginal. That’s why our literature, our films, our paintings are filled with terror of the interior: Wake in Fright or Wolf Creek.

Alcohol has been one way of Australia dealing with the paradoxes of our colonial founding; we drink to go “blind”, to forget. And we congregate at the edges of the country, on the water, not quite knowing where we belong. So you get the “white” myth of “bush, beer and beach”.

But with the seismic shift of multiculturalism, the increasing confidence and vigour of Aboriginal art, the lessening of that crippling passive-aggression within Anglo and/or Celtic communities we used to call the “cultural cringe”, then that myth is eroding. I think that’s a good thing. I love the bush but the ocean is home.

Do you think Australians particularly are often concerned with how the world views them? How much do you feel myths form a part of how we see ourselves?

I think that maybe Europe and Asia will always signify the “Old World” for Australians, as it does for American, Argentinians, Canadians and New Zealanders. I often envy the confidence I see in European identity, whether it be English, Scottish, French or Polish, or in Asian identity, be it Indian, Chinese or Thai.

It is hard not to think of oneself as “adolescent” when travelling in Europe or Asia. Certainly, travel, if only from the physical assault of jet-lag, makes one aware of how true the tyranny of distance is. We are also an island, prey to parochialism and to “island-fever”. Maybe all of this lends itself to self-doubt, to wanting to shout to let the world know we are there.

You have mentioned that Australia has “much unfinished business”. What issue would you like to see addressed foremost?

That we make our Aboriginal First Nations constitutionally and territorially integral to Australia. That we become a republic.

Your book ‘The Slap’ has been cited as being a “defining moment” in literature. You’re not afraid of touching on controversial topics. Will readers find ‘Merciless Gods’ shocking?

I have often said in the past five years that we are treating readers like children. Maybe culture journalists and critics have become like helicopter-parents, have fallen for the Calvinist ideology of the nanny-state.

I assume some readers might find parts of Merciless Gods shocking. Being shocked, awoken to the world, is part of what made me fall in love with art.

What do you think about the political turmoil in recent years in Australia says about their national character?

I think that the shifts in Australian politics over the last seven years reflects exactly what I have just spoken to, how we are still struggling to reconcile our different histories.

What kind of nation are we? I don’t think the Liberals or the ALP know how to answer that question. It is difficult, it is huge and complex, but both Julia Gillard and Tony Abbott thought they could ignore the enormity of the future and settle for the lowest-denominator goals. It was excruciating being Australian over the last seven years, just how small-minded we had become, and how ignoble.

What would you like to see for the future of the ‘Australian project’?

More immigration and the building of the great infrastructure we need: rapid trains, new state schools and hospitals, metros etc. We have been asleep for too long.

CHRISTOS TSIOLKAS is author of ‘Merciless Gods’ published by Atlantic Books, out now.