Australia Day in London: where to celebrate

Australia Day in London: A guide to the best events, from the formal to the outright debaucherous, for Australian expats and their mates get together for an explosion of green and gold in celebration of the land down under. 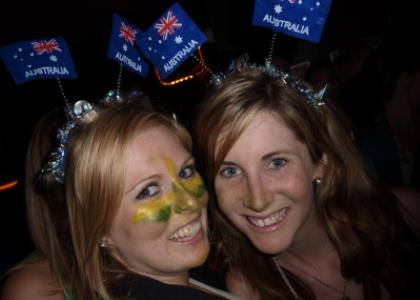 AUSTRALIA DAY IN LONDON – Aussie expats across the capital will be celebrating our great nation with their mates in some serious down under style in 2012.

Come 26 January, whether it be a black tie gala dinner, an irreverent Aussie film, some cheeky Australian comedy or just a proper dirty shindig at one of London’s best Australian bars, there’s a plethora of ways you can spend your Australia Day in London this year.

Remember, do it responsibly, respectably and have a ball. We hope to see you all out and about in London Town, decked out in the green and gold. All together now .. come on Aussies, c’mon!

Best bars and pubs in London for celebrating Australia Day

Walkabout Temple
Thursday 26 January, 12pm — 3am
Temple Place, London WC2R 2PH
The Temple Walkie is currently undergoing an £800,000 refurb and will be back open just in time for Australia Day. Being in ‘grand re-opening’ mood, it is sure to absolutely go off and so is our pick of the Walkabouts this year. There’ll be new extended lines of Aussie beers plus live entertainment all day and all night long (featuring DJ Yax, Hifidels and Electric Mayhem).

Naturally, London’s other Walkabout bars will all be giving it the big ‘Oi!’, as they kick off a month long Australia festival. The SheBu Walkie is of course a particular magnet for the flag wearing, thong shuffling crew, promising giveaways, three bands and two DJs.

The Larrik Inn
Thursday 26 January 2012, 9am — 1:30am
425 New Kings Road, London SW6 4RN
Free entry
Fulham’s favourite Aussie haunt The Larrik Inn will be embracing the ‘larrikin’ spirit this Australia Day with live music, an all day happy hour, chicken parma &pint deal and heaps more. Plus, dress as your favourite AFL player and you’ll be in the running for some top prizes. Get on down and don’t behave yourself! 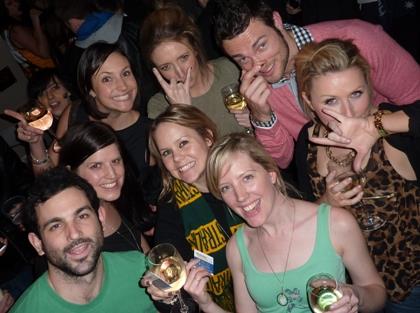 Waxy O’Connor’s
Thursday 26 January 2012
14-16 Rupert Street, London W1D 6DD
Free entry
There’s a special bond between Australians and our Irish brothers and sisters, so there’s no surprise that arguably the best Irish pub in London will celebrate Australia Day with us. Waxy’s have a special Oz Day menu, drinks promotions, giveaways & DJ and will be playing Triple J’s Hottest 100.

The Big Chill House
Thursday 26 January 2012
257-259 Pentonville Road, King’s Cross, N1 9NL
Aussies in The House! Kicking off at 10am and grooving right through till 2am, this bash features Aussie DJ’s, Aussie beers and pies and plenty of give-aways. Get out on the awesome rooftop terrace between midday and 5pm for the free sausage sizzle!

The Church
Sunday 22 January 2012
St John’s Hill, Clapham Junction, SW11 1TT
Sinners are grinners. It says on their website that they are having an ‘Aussi Day Party’ this weekend. Same diff. Spelling may not be their forte’, but partying (ahem – so we’ve been told), sure is. 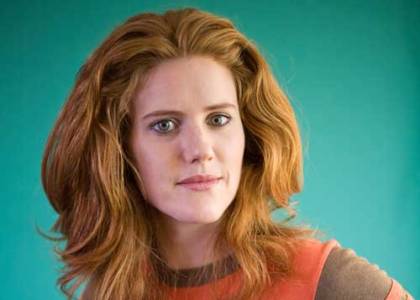 Check out some of Australia’s funniest comedians on Australia Day. Showstopper Sarah Kendall (pictured) will be joined by Pete Jonas and Brisbane’s Benny Boot as well as a very special appearance from a certain adopted Australian ‘Bhoy’. Looks to be one very funny evening!

Jetlag Bar – film and food
Thursday 26 January 2012, ‘til 3am
125 Cleveland Street, London W1T 6QB
The ‘sports bar with a difference’ is turning true blue for Australia Day and putting on the flicks. They won’t just have some Australiana booze on offer but a crazy selection of Aussie food (Surf n’ Turf, mini Pavlovas and their epic Aussie Burger). Plus, they’re screening classic Aussie films like The Castle, Muriel’s Wedding and Priscilla, Queen of the Desert and are broadcasting Triple J live.

Generator Hostel
Thursday, 26 January 2012, ‘til late
37 Tavistock Place, Russell Square, London WC1H 9SE
Beer pong, boat races, barbies for Australia Day…all at a place where when you run out of steam you can head upstairs! Need we say more?

Australia Day at Australia House
Thursday, 26 January 2012
Australia House, The Strand, London
Invitation only
The Australian High Commission to the UK will host a formal diplomatic reception at Australia House in London. Presided over by His Excellency John Dauth and with a rich history of distinguished guests (Prince Charles attended and spoke at last year’s event), if you’re one of the select few Australians in London to get an invite to this exclusive soiree, well you’re very lucky indeed … but then you’ll probably miss out on the fun stuff.

Australia Day Celebration
Thursday, 26 Jan 2012, 6:30pm — 9pm
Grange St Paul’s Hotel, London EC4V 5AJ
£20 tickets include all food and drink
Australian Business will be hosting ‘London’s biggest Australia Day celebration’. With entertainment from members of the musical Priscilla and a special VIP guest appearance from Socceroo Tim Cahill, Aussies in London are in for a treat. As always, Australian sparkling wine, beer, Vili’s pies and canapés will be on the table plus you’ll have a chance to win one of two iPads.

Wine Australia annual tasting
Thursday, 26 January 2012, 10am — 6pm
Saatchi Gallery, Chelsea,  London SW3 4SQ
Via registration @ WineAustralia.com
Celebrating ‘ten years at the top’ for Australian wines in the UK, Wine Australia will be putting on portfolio tastings, masterclasses and themed blind tastings throughout the day with some magnificent wines on offer. Raise a glass and celebrate Australia Day in London in style.