AUSTRALIA DAY IN UK | This Australia Day 2013 in London, why don't you celebrate in true Aussie style by laughing along with some of Australia's best comedians at Clapham Grand's Comedy Carnival. Featuring a fantastic Aussie line-up, with Big Colin Cole, Brisbane's Benny Boot and Pete Jonas from Melbourne, tickets are sure to sell out quickly. 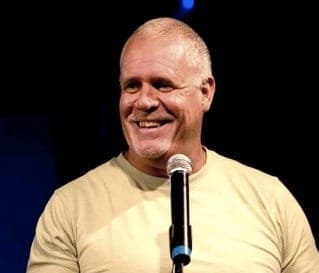 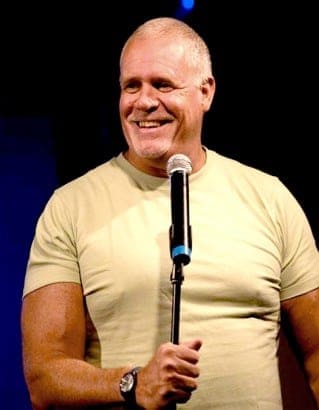 SINCE opening in 2004, Comedy Carnival at The Grand has hosted several award-winning comedians from down under, including Adam Hills, Jim Jefferies, Steve Hughes, Julia Morris, Brendon Burns and Kitty Flanagan.

From Brendon Burns’ loud, angry and in-your-face approach, to Adam Hills’ infectious charm and likeability, the club has showcased the many different styles of comedy that Australia has produced.

This Australia Day, Comedy Carnival hosts a show that features a broad range of comedic styles. Standing 6’7” tall, Big Colin Cole is a behemoth originally from Sydney. He started life as a bouncer at Melbourne’s famous Last Laugh comedy club. Since then Cole has played gigs all over the world, from rugby clubs in rural Australia to the illustrious Comedy Stores in Sydney and London. Now making London his home, Big Colin’s style is classic observational comedy that everyone can relate to. Heckling is not advised however.

The feature act on the Australia Day show is Brisbane’s Benny Boot. With his unconventional comedic delivery, sharp one-liners and solid punchlines, Boot is considered to be one of the finest joke writers working in comedy today. He’s known for his imaginative turn of phrase and ability to find an offbeat angle to whatever he talks about, whether it is the number for Ghostbusters or popcorn. A rising star on the UK comedy circuit, he recently appeared on Dave’s One Night Stand after achieving critical for his Edinburgh Festival show, Set Up, Punchline, Pause For Laughter.

The third act on the bill is Pete Jonas from Melbourne. Never one to shy away from speaking his mind, he has been described as both ‘highly entertaining’ and ‘controversial’. He achieved wide acclaim in the UK with his show Brokeback Britain, which was about moving here and discovering that it is pretty shit. “The funny thing is” says Jonas, “British people enjoyed the show more than anyone else. I stood there making jokes about how crap their country is for an hour, they pissed themselves laughing and recommended the show to their friends.” Despite his gripes about rampant queuing, prison-quality food and third-world train services, he continues to live here. “It’s close to Europe”, he adds. “You can spontaneously get a flight to somewhere that’s nice.”

The MC for the night is Queenslander Andrew Roper. With a background in breakfast radio, his easy-going, conversational style is sure to keep the night running smoothly.

Tickets for the Australia Day Comedy Carnival can be booked online at www.comedycarnival.co.uk/Australia-Day. The show starts at 8.00pm with doors from 7.00pm. Entry is £14 in advance and booking is recommended.