by Steph Davies
in Lifestyle 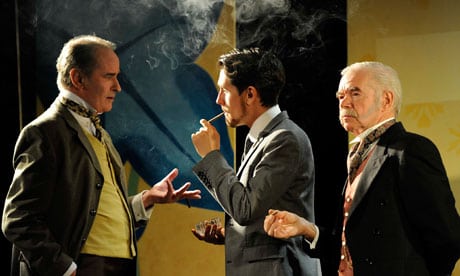 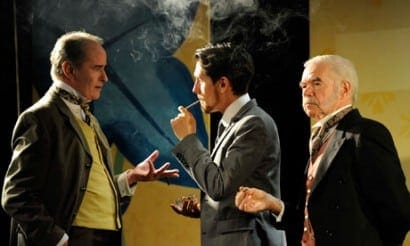 THE relationship between Oscar Wilde and Australia is often a conflicted one. The rumour of his clandestine visit to Melbourne during his lifetime conflicts with the feeling of many of his characters towards our beloved country; “Australia! I’d sooner die,” says Algernon in Wilde’s most celebrated play The Importance of Being Earnest.

There are Antipodean ties in the Oscar Wilde’s Constance, which recently ‘premiered’ at the King’s Head Theatre. Not only is the translator Charles Osborne from Brisbane, but Marc Urquhart the director, Adam Spreadbury-Maher the producer and artistic director, and Sophie Brabenec, who stage manages the show and plays a cameo role in the production, all hail from Down Under as well. Each have been dealing with the controversy which springs from staging the first production of a manuscript that Wilde undisputedly provided the synopsis for, although the amount of dialogue he contributed is up for discussion.

Too many cooks make “complete tosh,” as Merlin Wilde, the playwright’s grandson, has described the play. We wouldn’t go that far, but it’s true that the many contradictions in the script that fall flat of Wilde’s celebrated paradoxes may be a result of the four writers who contributed to the final script. The characters were wonderful figures in themselves but slightly inconsistent, though there were many Wildean phrases to be collected here and there (and one quote from a more contemporary British figure).

We recently had the opportunity of chatting to Marc, Adam and Sophie after Saturday’s matinee.

You’re almost two-thirds of the way through now. How’s it been so far?
ADAM: It’s been great. The audience is lovely.
MARC: The audience are extraordinary. We’ve had a little adverse publicity as well of course with Merlin Wilde, Oscar’s grandson.

Isn’t he half Australian as well?
ADAM: Half Australian and half Irish, which I am also.
MARC: You know, so we’ve had that. There’s been a lot of that in the press.
ADAM: It’s a real shame that it was met with such hostility from Merlin. In a way he’s actually invented an argument that we weren’t ever posing. He said that it’s absolutely not an Oscar Wilde world premier. Well, actually, we’re not saying that, we’re saying that it’s ‘Oscar Wilde’s Constance‘ which was reconstructed but there’s no story there, there’s nothing he can ruffle his feathers about.

It’s very brave for a fringe theatre to premier a production like this. Was there a reason why you chose Constance over maybe going for the safer option and doing one of Wilde’s more established plays?
ADAM: I think you just said it yourself. It is more exciting. I mean in a space like this, you can’t spend your life doing commercially safe things. Every decision you make here has to be the most bravest, courageous choice you can make.

Do you think that being Australian, or ‘not British,’ meant that you had less qualms working with the manuscript originally?
ADAM: Probably. I think that Australians probably take themselves a lot less seriously in terms of that. And it’s just quite funny to think that we all grew up in Australia as well, to think sitting back in Goulburn doing your Year 10 English course, that one day you’d be doing the first ever production of something that Oscar Wilde was even involved with.

And is it really Oscar Wilde?
ADAM: It’s correct to call it ‘Oscar Wilde’s Constance‘ but four writers worked on the script and it’s impossible to say what’s been Oscar Wilde’s dialogue and what hasn’t been. We do know that some of the dialogue is his.

Why should people come and see Constance?
MARC: It’s a collector’s item, which is my phrase for it. You are seeing the first production of an Oscar Wilde play – one of the most famous writers in the world who’s been dead for 111 years now. It’s totally what I believe about it, when I read it I went, “Well whatever happens, fucking hell, you’re seeing the first production of an Oscar Wilde play!”
SOPHIE: And it’s super entertaining. The characters are amazing, the actors in it are stellar.
ADAM: I think people have been preoccupied with the providence of the play until they get here, but then the audience see it, and on its own feet it’s a fantastic play.

Constance is showing until 22 October, tickets available from: KingsHeadTheatre.com

Piers Morgan is returning to screens with a new breakfast show on a new channel. Will people be open to... 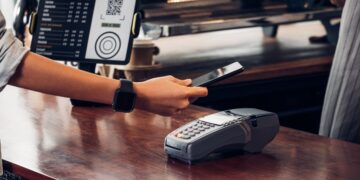 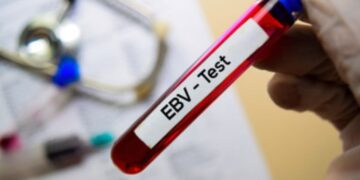 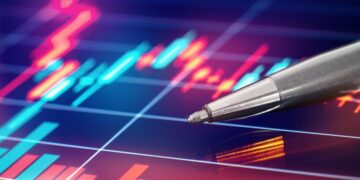