The Australian waitress who claimed to have slept with One Direction star Zayn Malik while his girlfriend Perrie Edwards was rehearsing with her band Little Mix has been bombarded with death threats and abusive phone calls after the friend that introduced the pair posted her phone number on Twitter. 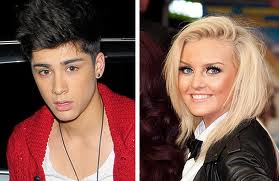 THE AUSSIE waitress who claimed to have slept with One Direction star Zayn Malik has been bombarded with death threats and abusive phone calls after the friend that introduced the pair posted her phone number on Twitter.

21-year-old Courtney Webb alleged earlier this week that she had a one-night stand with Malik, 20, while his girlfriend Perrie Edwards was rehearsing for a UK tour with her band Little Mix. Webb claimed that she met Malik at DSTRKT nightclub through friend Leon Anderson and was unaware that the pop-star was in a relationship when she agreed to go back to his home with a group of friends.

Webb and Malik’s mutual friend Anderson yesterday posted Webb’s mobile phone number on Twitter accompanied by the message “Ppl Shouldn’t tell lies” (sic). The tweet was removed after three hours, however by the time Webb’s contact details were taken down they had already been widely shared amongst One Direction’s vocal fan base via social media.

Webb said: “Leon’s a nasty piece of work. It was Zayn who cheated, not me, and Leon let it happen. I was expecting some abuse but it has got out of control. I’ve had hundreds of calls from all over the world. One American girl left me six voicemails in an hour saying she was going to kill me. It’s really scary.”

Anderson, who posted the phone number on the internet, has attempted to justify his actions by saying: “Courtney was a friend who tried to cause an issue with another friend.” Anderson had earlier tweeted that Malik was “alright” despite rushing to the side of his pop-star girlfriend when news of the scandal first broke.

This is not the first time that death threats have been made against a woman that has had a relationship with a member of One Direction. Malik’s band-mate Harry Styles was believed to have been “livid” over threats made by One Direction fans against former girlfriend Taylor Swift during their recent romance. Fans of the band tweeted a range of sadistic messages at 23-year-old Swift such as “You’re a f**king ugly b***h. I want to stab you to death and play around with your blood (sic)”.

Australian women tend to be a regular target for One Direction’s somewhat obsessive fan base: an Australian X-Factor contestant was berated on Twitter after flirting with Styles when the band appeared on the program as mentors, and Sydney radio station receptionist Anna Crotti was forced to cancel a date with Malik when the band toured Australian in April 2012 after an intense backlash from fans on Twitter.

Malik has rarely left his girlfriend’s side since returning from an award’s ceremony in France to deal with Webb’s allegations of infidelity. He spent the night at Edwards’s hotel on the first night of the Little Mix tour in Nottingham, where Edwards was heard to proclaim that she was “absolutely fine” about the situation shortly before going on stage to perform.