One of Australia’s most recognisable ballet stars at London’s Royal Opera House is back on stage this month. Principal with The Royal Ballet Steven McRae features in the new work 24 Preludes by Russian choreographer Alexei Ratmansky, one of a three-piece spectacle at Covent Garden. 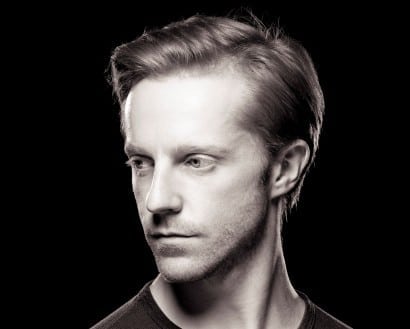 ONE of Australia’s most recognisable ballet stars at London’s Royal Opera House is back on stage this month.

Steven McRae, the flame-haired dancer from Sydney and Principal with The Royal Ballet, is currently performing in one of a three-piece spectacle at Covent Garden. McRae, the dancer with a penchant for drag racing, features in the new work 24 Preludes by Russian choreographer Alexei Ratmansky. Critics have praised McRae’s performance and at last Saturday’s matinee it prompted some of the loudest applause.

Ratmansky’s 40 minute composition is his first for The Royal Ballet. Each of the 24 preludes, to the music of the same name by Frederic Chopin, is choreographed. Some dances are stronger than others and towards the end a collective thought bubble of “quality over quantity” seemed to appear above the audience’s heads. But the dancers are uniformly spectacular. Many of the short dances, some as brief as half a minute, are impressive occasions for well-sculpted calf muscles to be displayed. 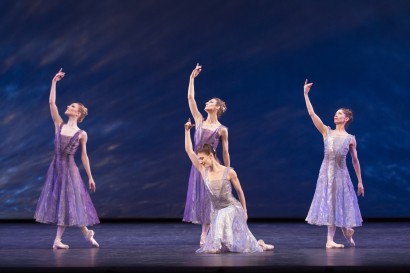 Ballet-goers in Australia should keep an eye out for Ratamansky, who is set to choreograph a new version of Cinderella for The Australian Ballet at the end of this year.

Aeternum, the second premiere of the night, is a new creation by British choreographer Christopher Wheeldon. It uses the mesmorising Sinfonia da Requiem of Benjamin Britten, in homage to the 2013 centenary of the British composer’s birth.

The Royal Opera House is well down the path of bringing ballet to a larger audience by taking events beyond the halls of Covent Garden to cinemas and outdoor locations. One particular success relating to this current performance is the Royal Ballet’s use of YouTube. Before or after the performance, watching videos of rehearsals of Aeternum and 24 Preludes can help break down the specialised world of ballet. “Don’t pose yourself and spank it,” says Wheeldon to his dancers during a rehearsal for Aeternum.

But the performance’s draw card is the 85 year-old classic Apollo. With music by Stravinsky and choreography by Balanchine, the output of this creative duo beats anything made on this season of My Kitchen Rules. Apollo is as close as this current production gets to the classical tutu wearing of popular imagination; a man in a white leotard strums an ivory lute while three attractive women approach him en pointe. Its mythological inspiration allows for significant drama and for spectacular movement, generously offered by the four main dancers.