Aussie Sarah Kendall at Soho Theatre: Get Up, Stand Up

In 2004 Australian Sarah Kendall became the first comedienne to be nominated for Perrier Award in almost a decade. Now she's bringing her hilarious and unique brand of political comedy to Soho Theatre from 5-9 February. Get in quick for your chance to catch this critically acclaimed Aussie stand-up comedienne at her best. 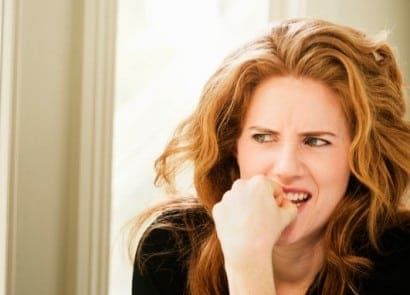 IN 2004, Kendall became the first comedienne to be nominated for the Perrier Award in almost a decade. She played a major role in shattering the glass ceiling for women comics — and in her first full show in five years Sarah’s again pushing the boundaries with her most political show to date.

Inspired by the birth of her daughter, Kendall questions the kind of society in which we’re raising girls: a society where educated middle-class women are pole dancing for fitness, fairytales teaches young girls to value beauty above brains, and if you watched too much MTV, you’d think lesbians sole purpose is to dance with each other on yachts and get it on whilst rap artists pour champagne on their heads.

Political but not polemical, hilarious but not haranguing, Get Up, Stand-Up is intelligent, considered comedy delivered by one of the most acclaimed stand-ups in the industry.

Sarah has performed at festivals in Singapore, Montreal, Kilkenny, Berlin, Hong Kong, Norway and Melbourne, and has also toured Europe with her show Attention Seeker.

Sarah Kendall is performing at Soho Theatre from 5 Tue – 9 Sat February at 9.15pm. Tickets are £10 Tue-Wed and £15 Thu – Sat. See www.sohotheatre.com for information and tickets.

‘Everything stand-up should be.’ Shortlist

The firm designs software and semiconductors that are used in a multitude of consumer favourites, including Apple and Samsung smartphones,...

There's big money on the line with tonights draw, $4 million! Here are your Tattslotto results for Saturday, 19 September...