Aussie operatic talent on show as Glyndebourne tours the UK

Glyndebourne, a name that evokes palpitations of awe and excitement in the breast of any opera singer, has chosen to showcase young Australian talent in its upcoming touring season across the UK. 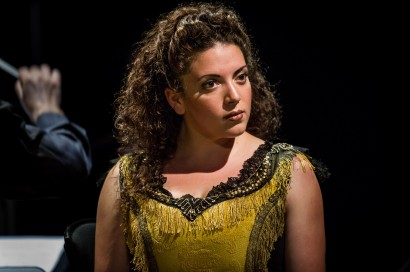 GLYNDEBOURNE, a name that evokes palpitations of awe and excitement in the breast of any opera singer, has chosen to showcase young Australian talent in its upcoming touring season across the UK.

It is Welton’s debut for the famed opera company. Welton will play Figaro in Glyndebourne’s newest production of Mozart’s The Marriage of Figaro.

This year’s production of Figaro is set in 1960s Spain, a country recovering from the trauma of the Franco dictatorship. As Welton tells Australian Times, it is this background that influences everything from the musical interpretation to the singers’ body language on stage.

“For me, the main thing is to be different”, he said of playing opera’s most famous personal valet. “It isn’t ever the same thing. Every single Figaro will mean a different take on the piece.”

After having studied at the Guildhall in London and bursting onto the scene at the Salzburg Festival Young Singers Project, Welton has made a space for himself in the UK and in Europe. Welton is booked pretty solidly until 2014.

Welton has been in the UK for six years and will be eligible for citizenship in a few weeks.  He’s also just bought a flat.

Mezzo-soprano Lauren Easton is another talented Australian singer, albeit with a different relationship with the UK Border Agency.

Having recently finished study in Wales with the help of a scholarship from the Australian International Opera Awards, Easton interprets a central role in Glyndebourne’s production of the contemporary opera The Yellow Sofa.

“It’s a few steps away from Mozart but it contains the same amount of melodrama”, says Easton in explaining the 2009 opera by young British composer Julian Philips.

Described as a soap opera with heartache, sex and a ‘Hispanic, fiery heart’, The Yellow Sofa tells of love, deception and a colourful item of living room furniture.

In playing the role of Amarela, Easton will mix her highly trained operatic voice with snippets of the traditional Portuguese folk singing, Fado.

“It’s just over an hour of complete energy”, says Easton of the intimate chamber opera.

“There is no chance for a breather and we are on stage the whole time. Not until the audience has left the building can you relax.”

This is the second time Easton has graced Glyndebourne stages; she performed in Richard Wagner’s Die Meistersinger von NÃ¼rnberg after another singer fell ill at the last minute.

“You read about that but it doesn’t happen to me”, Easton remembers thinking at the time.

Despite her success, not having UK heritage means that Easton may have to return to Australia and seek to obtain an Exceptional Talent Visa from back home.

Having been deigned talented enough to perform with one of the world’s greatest opera companies, it seems many in the UK think Easton already has the title worthy of the visa.

After a month of performances at Glyndebourne’s picturesque permanent location near Lewes, the 2012 tour continues throughout November and into December with performances in Woking, Norwich, Wimbledon, Plymouth, Canterbury, Milton Keynes and Stoke-on-Trent.

Visit Glyndebourne.com/season/glyndebourne-tour-2012 for information on dates and tickets for the Glyndebourne Tour 2012.