Australian model Jessica Gomes has revealed that she turned down a role in Robin Thicke's Blurred Lines video clip, which has achieved over 40 million views on YouTube. 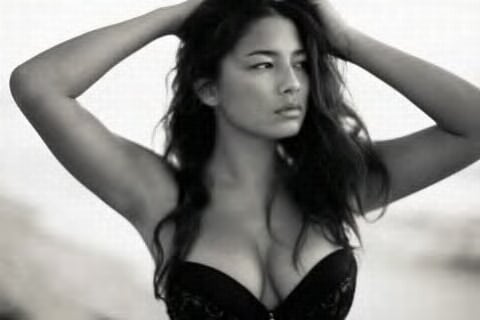 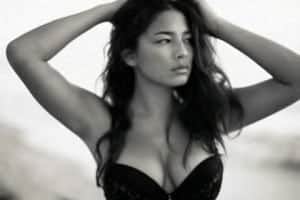 AUSTRALIAN model Jessica Gomes has revealed that she turned down a role in one of the most infamous music clips of the 21st Century after being offered the chance to appear in Robin Thicke’s Blurred Lines video.

Ms Gomes, recently revealed as the new face of David Jones, told Nova FM presenters Ryan ‘Fitzy’ Fitzgerald and Michael ‘Wippa’ Wipfli that she had been offered a role as one of three models that feature in the video for Blurred Lines. The song has developed a considerable following since its release earlier this year, becoming the second most-played song in the United Kingdom in 2013 so far.

The Blurred Lines video clip has been viewed on YouTube over 40 million times and features scantily-clad models dancing provocatively with musicians Robin Thicke, T.I. and Pharrell Williams. The video has attracted allegations of sexism, particularly in relation to the unrated version that can be found online in which the featured models perform their role with their breasts exposed.

Ms Gomes said: “I actually read the treatment for it and it said: ‘Standing in a G-string, sucking Robin Thicke’s fingers.’ My agent was like, “I don’t think so”. But now it’s a great song and track.”

Canadian artist Robin Thicke addressed the controversy surrounding the Blurred Lines video in an interview with GQ in June, claiming that the clip was intended to provoke controversy. He said that the appeal of the clip came from the irony of three married artists seeming to “degrade” women.

Mr Thicke said: “We tried to do everything that was taboo. Bestiality, drug injections, and everything that is completely derogatory towards women. Because all three of us are happily married with children, we were like, ‘We’re the perfect guys to make fun of this.’ People say, ‘Hey, do you think this is degrading to women?’ I’m like, ‘Of course it is. What a pleasure it is to degrade a woman. I’ve never gotten to do that before. I’ve always respected women.”

While the Blurred Lines video has garnered major exposure for the models that featured in the clip, Ms Gomes has nothing to worry about: the 27-year-old model took the position of David Jones Fashion Ambassador from outgoing supermodel Miranda Kerr this year, and revealed this week that she is also a vocal contributor on songs by hip hop artists Jay Z, Kanye West and Rick Ross.

Check out the clip in question. Did Jessica Gomes make a good decision not taking part?