INTERVIEW | Ahead of her UK tour with Brendan Cole’s Licence to Thrill stage show spectacular, dancing star Melanie Hooper talks to GEORGIA DAWES about growing up in the Australian ballroom dancing world and the rollercoaster ride of Dancing With The Stars. 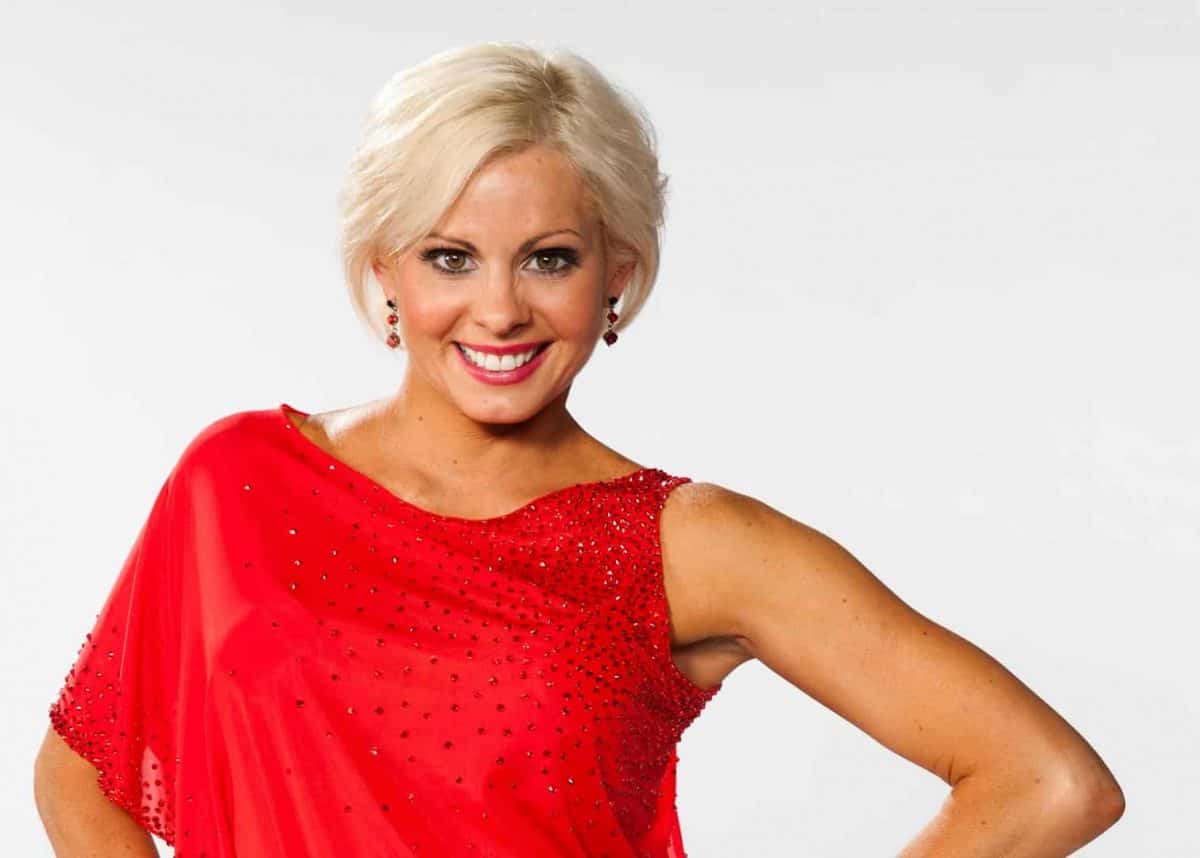 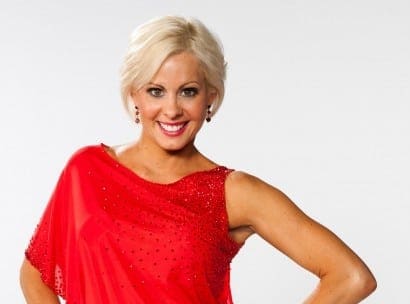 At 13, Melanie started ballroom dancing as a hobby at the local dance school in her hometown of Townsville, Australia.

“I have to help Wayne with his bogo pogo”
Scott Hastings, Strictly Ballroom

Melanie says she was initially attracted to dancing because of the fantastic, eye-catching costumes.

“The costumes are definitely a reason why I started competing when I was younger. However, I only own one old competition dress at the moment, the dresses I usually wear in shows are supplied or made for me.”

She has come a long way from her local dance school and is now known internationally for her incredibly fast, sharp and fiery dancing style. Melanie became an Australian crowd favourite when she hit the silver screen on Dancing with the Stars (DWTS) as one of the professional dancers, coming third place in her very first season. Yes, that’s why her name was sounding so familiar!

“Performing on DWTS is a roller coaster ride,” she tells Australian Times.

“It is a lot of fun with so many memorable moments, but their can also be some stressful bumps along the way. All in all it’s an amazing opportunity, the teaching, performing and meeting such great people along the way. I do love it!”

However, soon UK audiences won’t be limited to watching the divine Melanie Hooper Cha-cha, Rumba, shimmy and shake across the television, even if it is an 80inch flat screen. From January to March 2013 Melanie will be hitting the London stage dancing both ballroom and latin styles with Patrick Helm in Strictly Come Dancing’s Brendan Cole’s hit show Licence to Thrill. 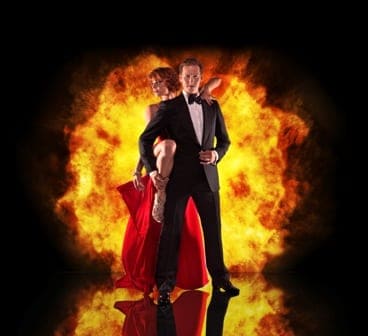 Featuring six talented professional dancers, two vocalists and a 14 person band, audiences are set to be dazzled with sexy, fiery and dramatic choreography in this two hour dance and big band extravaganza. The show includes both ballroom and latin dance, with waltzes and foxtrots that will take you on a journey of beauty and elegance while the fast pace quicksteps and tangos will get your heart racing and your temperature soaring.

“Brendan’s new show is going to be so exciting,” says Melanie.

“A new cast of fantastic dancers, new music and new choreography. It’s definitely going to be a crowd pleaser.”

It’s not just the dancing that will have audience members scoring a ‘10 out of 10’ with their scorecards. Melanie says the costumes and the music are also sure to impress.

“The costumes in Brendan’s show are always spectacular, lots of colour and bling which everyone loves. Especially me.

“The music is all types; some old classic songs mixed with some new which keeps everyone happy and toe tapping throughout the night.”

Brendan Cole, the brains behind Licence to Thrill, is a native New Zealander. However, there is definitely no Kiwi vs Aussie rivalry when it comes to Brendan and Melanie Hooper.

“Working with Brendan is a dream. He is a fantastic dancer and a great friend. We always have so much fun on tour and Brendan always make sure of that, both on and off stage. I think the audiences can see how genuine and charismatic he is.”

With shows starting on 20 January and running until 1 March Melanie will be burning the floor, and probably some holes in her shoes, as she tours all over England with the show.

However, she hopes to enjoy some of the sights and sounds of a European winter: “Apart from touring with the show I am looking forward to catching up with friends, sightseeing London again and also visiting Paris and Rome at the end of the tour.”

With 20 January fast approaching it is time to scrub up on your favourite Strictly Ballroom quotes, watch the last few seasons (at least) of DWTS Australia and then be sure to check out Melanie Hooper in Brendan Cole’s dance extravaganza Licence to Thrill. Soon you will be wanting to dance the ‘Bogo Pogo’ with Tina Sparkle too.

Licence to Thrill is on at Barbican Hall on 13 February 2013 and other UK locations from 20 January to 9 March. See brendancole.com for more information and tickets.