Jazz singer Cathi Ogden has just returned to her London base having performed sold-out shows back in Australia. 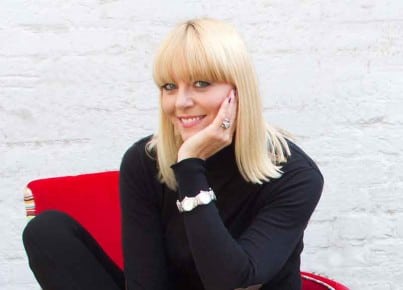 With the huge numbers of Aussie Indie and Pop acts making a name for themselves around the world, it’s easy to forget that Australia produces its fair share of recognised music artists in a wide range of other styles and genres.

Jazz singer Cathi Ogden has just returned to her London base having performed sold-out shows back in Australia in support of her latest release,50’s inspired jazz album ‘Souvenirs From Stockholm’

The shows down-under followed sold out dates here in the UK. With demand at the UK shows having outstripped capacity Cathi had been looking for the right opportunity to add one or two additional UK dates. Now the songstress who styles her work as a contemporary take of 50’s artists such as Julie London has added a very short notice appearance back at the Pizza Express Jazz Club in Chelsea this coming Tuesday 6 May, at the venue where she held her recent album launch.  The opportunity came up when another artist had to cancel a show and as fans have been asking for additional live dates Ogden jumped at the chance to add one more date to her current run of shows.

Accompanying Cathi at this appearance is another Aussie Jazz super-star.  From Perth, music director and pianist Grant Windsor has made a name for himself on the UK jazz scene, most notably as a member of the Ronnie Scott’s All Stars. The All Starts are made up of musicians who are deemed to be at the top of their game and inclusion is not easily achieved. Windsor has also worked as music director for BBC Radio2’s Claire Teal on her live shows and worked with the BBC Big Band.

This will be the last chance UK audiences with have to see and hear Ogden perform outside of festival appearances for some time with this round of touring dates coming to an end. Cathi told us, ‘I’ll have a few surprises lined up for this show as I know some of the audience will be made up of fans who have attended other dates on this tour, so I want reward them with something special.’

Tickets for the show on Tuesday 6 May are available at www.pizzaexpresslive.com