Australian Ironwoman and triathlete Candice Falzon has sparked rumours of a relationship with Manchester United superstar Anderson after tweeting a series of images from several of the Brazilian footballer’s recent matches at Manchester's Old Trafford stadium. 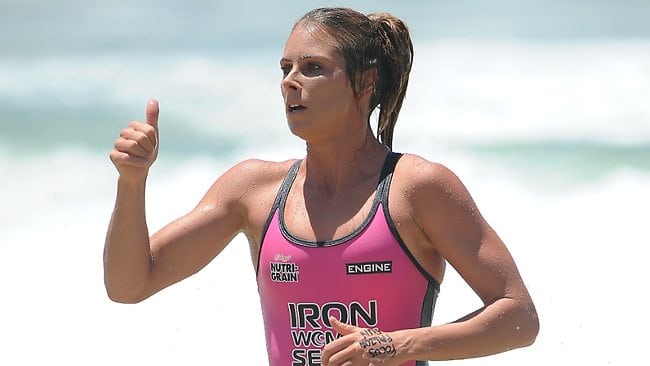 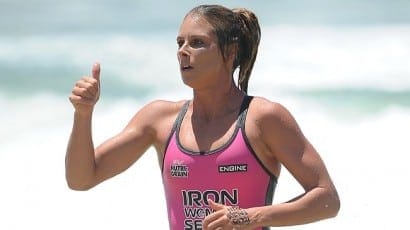 AUSTRALIAN Ironwoman and triathlete Candice Falzon has sparked rumours of a relationship with Manchester United superstar Anderson after tweeting a series of images from several of the Brazilian footballer’s recent matches.

27-year-old Falzon has attended two Premier League football matches at Manchester’s Old Trafford stadium since arriving in the United Kingdom two weeks ago for a “fun little post season trip.” Ms Falzon’s first tweet on 6 May included a picture from what appeared to be premium front row seats at the iconic stadium.

The Ironwoman returned to Old Trafford six days later, tweeting on 12 May: “Going to ManU v Swansea today. ManU will lift the cup & Sir Alex Ferguson’s last game as manager at Old Trafford. Its going to be incredible.”

Ms Falzon has been linked to Anderson in a number of social media interactions that indicate that the pair has a close relationship. Despite Anderson having over 34 000 followers on picture sharing site Instagram, Ms Falzon is one of only 251 that the footballer follows in return. The Australian sportswoman has also befriended a woman named Manuela Brando on Facebook, whom Anderson refers to as ‘mum’ in postings made on the site.

Ms Falzon is no stranger to dating high profile sportsmen, having been linked to individuals including rugby league international Braith Anasta and rugby union player Matt Henjak. She has also been linked to Sonny Bill Williams after being photographed with him at Sydney’s Clovelly Hotel.

Anderson, 25, has played for Manchester United for six years after moving from European team Porto in 2007. He was sold to the British team for a transfer fee of £20 million, going on to make 24 Premier League appearances for the club in his first season.

Ms Falzon declined to comment when contacted about her relationship with Anderson by The Daily Telegraph.