Australian editor Kirk Baxter was lost for words after causing a major upset at the 2012 Academy Awards. 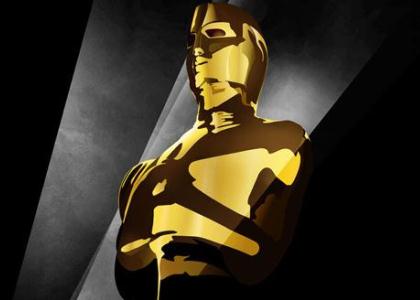 AUSTRALIAN film editor Kirk Baxter was lost for words after causing a major upset at the 2012 Academy Awards.

Baxter, nominated for The Girl with the Dragon Tattoo with American colleague Angus Wall, also won the editing Oscar last year for The Social Network.

The Artist’s editors, Anne-Sophie Bion and Michel Hazanavicius, were the short-priced favourites while Hugo editor Thelma Schoonmaker was the bookmakers’ second best pick.

Baxter and Wall were shocked and mumbled their words when they arrived on stage to collect their gold statuettes, telling the A-List audience they did not prepare a speech.

“We weren’t expecting this,” said Baxter, 40, who grew up on Sydney’s northern suburbs and is now based in Los Angeles.

After they attempted to collect themselves but couldn’t manage an eloquent speech, Baxter looked at Wall and smiled.

“Let’s get out of here,” Baxter said, before the pair retreated off stage.

Australia’s other nominee, producer Grant Hill, was a 100-1 long-shot with bookmakers with the film The Tree of Life in the  Best Picture category which, as expected, was taken out by The Artist.