Australian designer Dion Lee is one of six finalists competing for the International Woolmark Prize at London Fashion Week on 16 February 2013. 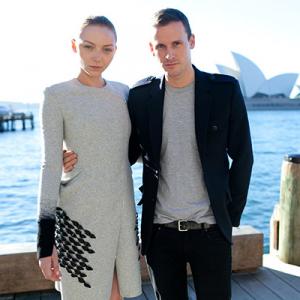 AUSTRALIAN designer Dion Lee is one of six finalists competing for the International Woolmark Prize at London Fashion Week on 16 February 2013.

A global search spanning 12 months across 16 countries and involving more than 70 designers by The Woolmark Company has culminated in a competitive shortlist of finalists from around the world, set to showcase their final collections before a panel of some of fashion’s most important identities.

The competition is intended to highlight the beauty of the Merino wool fibre at the hands of outstanding and emerging talent from around the world. Dion Lee, winner of a number of Australia’s most prestigious fashion awards, is up against fellow finalists hailing from Europe, China, India, US and Japan.

Lee has enjoyed a meteoric rise to fashion fame, with an extraordinary talent for patternmaking and consistency of aesthetic. At just 26 Lee has shown seven collections over the past three years, and is looking forward to the opportunity to further present his work internationally.

“I am extremely excited to be the Australian Woolmark Prize, especially being that Woolmark is an Australian brand with significant heritage within the industry and the origins of the world’s finest wool,” said Lee.

“I am really looking forward to working further with Woolmark and presenting a new collection at London Fashion week February 2013 and showing alongside some of the most important designers in the world.”

The six designers from around the globe are competing for industry recognition, $105,000 (USD) and the opportunity to be stocked in the most important boutiques around the globe including Harvey Nichols — London, Bergdorf Goodman — NY, 10 Corso Como — Milan, Joyce — China, David Jones — Sydney and Eickhoff KÃ¶nigsallee — Germany.

The judging panel is made up of fashion’s most important and influential identities, including Diane Von Furstenberg, Donatella Versace, Victoria Beckham and Franca Sozzani, Editor-in-Chief of Vogue Italia.

“The International Woolmark Prize has gained extraordinary momentum over the past 12 months, generating support and interest across the globe,” said Stuart McCullough, CEO of Australian Wool Innovation, owners of The Woolmark Company.

“The final event in February will showcase the future of fashion and we are very proud that Merino wool will hold a firm place in that exciting and prosperous future.”