The Aussie BBQ in London, held in the heart of London at Cargo in Shoreditch on 12 May 2013, offers a massive 12 Australian acts over 12 hours for those expats keen to get an earful of home. 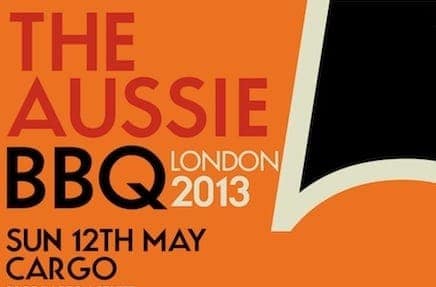 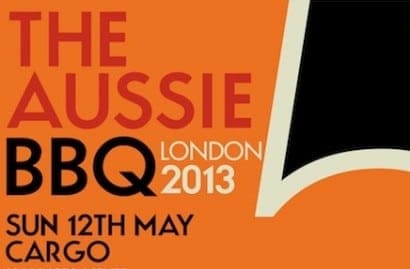 IT’S THAT time of year again where the Australian music train rolls into London. Over the next few months the UK capital will see a plethora of Aussie musicians hitting their stages, including Matt Corby, Hungry Kids of Hungary and Flume.

However, for any Aussie expat looking to get the most bang for their buck in London, you can’t go past The Aussie BBQ for highest Australian musician to £ ratio.

The Aussie BBQ has been making a name among tastemakers at America’s SXSW (South by Southwest) as the prime hunting ground for new talent since 2003, and these days it holds events in four different countries around the world — including London.

This year’s Aussie BBQ will be held Sunday 12 May at Cargo in Shoreditch, with a massive 12 acts strutting their stuff for Aussies keen to get an earful of home. Now in its fifth year, the festival features its famous traditional Aussie BBQ and offers the chance to get ahead of the curve and hear who is the next hottest act to hit the Australian music scene.

Brought to you by the folks at Sounds Australia who take Australian music to the masses, we’ll definitely be there for a slice of home in London town.

Deep Sea Arcade
Deep Sea Arcade’s reverberated pop recalls guitar based music from across the ages yet has a character and charm that is undeniably unique. Ethereal guitars and lyrical quirks transport listeners to a dark, watery world of mystery and enchantment, and leave heads swimming with unforgettable melodies.

Phebe Starr
Sydney-based Phebe Starr hails from a small country-town on the Australian east coast. After finding a partially working keyboard at a junkyard, Starr started sampling the local classical radio station’s music to create her own original compositions that have seen her likened to Lykke Li, Florence Welch and Sia.

Cub Scouts
Brisbane’s Cub Scouts have been making indie pop together for the last year. Inspired by friends, foes and dogs, the energetic five-piece have played major festivals in Australia and won the Queensland Music Song of the Year award.

DUNE
With a self-produced swag of songs, Melbourne-based multi-instrumentalist DUNE has created a futuristic vista from textured synths and beats. While she can confidently be filed alongside contemporaries like Santigold, Robyn, Little Dragon, Chairlift, Gorillaz and M83, Dune also has a love of the lineage of electronica.

A taster of what’s on offer:

Phebe Starr – Alone With You

Cub Scouts – Told You So