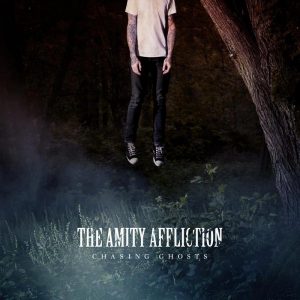 Following the release of their third album, Chasing Ghosts, the band has racked up the miles in support. The album made it to #1 in the Aussie album charts on release late last year.

Drummer Ryan Burt extended an invitation to fans in the UK to come check them out.

“Hello UK friends!  We’re super excited to be heading your way in September and we would love it if you’d come party with us at a show near you!”

Amity Affliction was formed in 2003 in the small town, Gympie in the South-east of Queensland. It’s believed that their mainstream success comes from their cheeky and approachable attitude to music, always being on tour and often making it to the smaller destinations that most bands overlook.

Currently, Amity Affliction is touring across the US as part of the Van’s ‘Warped’ tour, a music and extreme sports festival, before crossing the Atlantic Ocean to play for their UK fans.

The Amity Affliction will be playing in the following locations:

Tickets go on general sale on Friday 5 July, and will be available from Livenation.co.uk, Ticketmaster.co.uk, and all usual box offices.

For more information on the band, go to Facebook.com/theamityafflictionofficial