Angelina Jolie will be in Australia for the premier of her film shot Down Under, following being awarded an honourary dame title by the Queen. 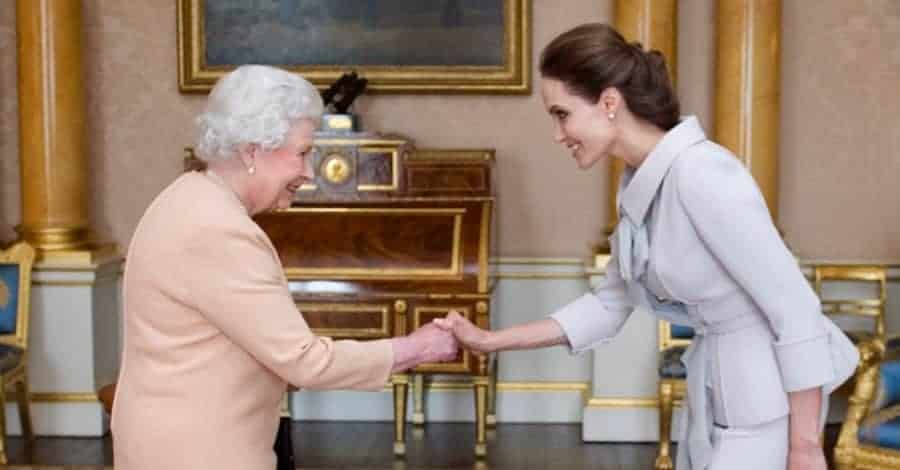 Angelina Jolie has received an honourary dame title from the Queen for her work with women and will be in Sydney for the premier of her Australian film.

Jolie will be returning to Sydney next month for the world premiere of Unbroken, the WWII movie filmed in Australia which she directed.  The director/actress will be joined on the red carpet with British actor Jack O’Connell who plays the lead role in the film.

The film is based on the true story of Louis Zamperini who survived 47 days on a raft at sea when his plan was shot down in 1941 but was then captured by the Japanese.

Unbroken was shot around Australia, including Sydney’s Cockatoo Island and the small rural town of Werris Creek in NSW.

During filming last year, Jolie and her brood of six lived in Sydney’s eastern suburbs and was seen at several Australian tourist destinations around Sydney.

Of director Jolie, Courtney said she was fantastic adding that, “She’s got a wonderful creative voice.

On Friday, in recognition of the director/actress’s other work – advocating against violence against women in war torn countries and her services to British foreign policy – the Queen bestowed Angelina Jolie, with an honourary dame title.

Jolie’s work in curbing sexual violence as a weapon of war was highlighted when she chaired the Global Summit to End Sexual Violence in Conflict which took place in June this year and was held in London.

It was during this event that the decision was taken to give Jolie an honourary dame title which she received at Buckingham Palace last week.

Jolie worked hand-in-hand with former British Foreign Minister William Hague on that conference, which brought together representatives from 100 countries to discuss how to prosecute sex crimes during war.

IMAGE: Actress Angelina Jolie is presented with the Insignia of an Honorary Dame Grand Cross of the Most Distinguished Order of St Michael and St George by Queen Elizabeth II in the 1844 Room on October 10, 2014 at Buckingham Palace, London. Jolie is receiving an honorary damehood (DCMG) for services to UK foreign policy and the campaign to end war zone sexual violence. (Photo by Anthony Devlin – WPA Pool/Getty Images)