All aboard the Australia & New Zealand Festival of Literature & Arts

Departing in spectacular style at Australia House, the Australia and New Zealand Festival of Literature and Arts is on its way, arriving in London May 2014. 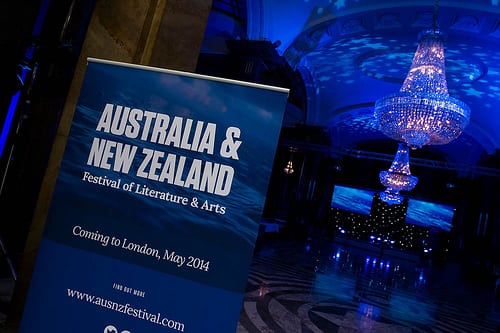 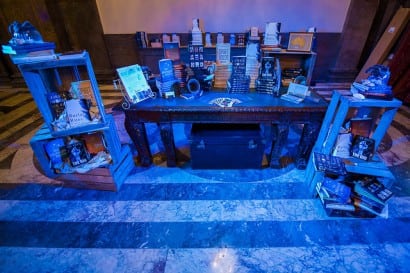 UPON entering the Exhibition Hall at Australia House, guests were given a Passenger Boarding Pass, and invited to come aboard the ship that is Australia and New Zealand Festival of Literature and Arts.

Directed towards the Captain’s Library Cabins, passengers could redeem their boarding pass for a novel to help facilitate the departure.

A treasure chest of contemporary Australian fiction to choose from, including Burial Rites by Hannah Kent, The Rig by Joe Ducie, and Like a House on Fire by Cate Kennedy, these books transported readers from The Strand, London to Northern Iceland, the middle of the Arctic Ocean, and an Australian sugarcane farm.

Showcasing the best of literature, film and music from Australia and New Zealand, the four day festival in May 2014 will feature more than 50 events with over 70 speakers, artists and performers.

It will give audiences the chance to engage with well-known writers, columnists and opinion leaders, many of whom were in attendance at the launch; Tim Cope, Shena Mackay, John Pilger, Kathy Lette and Geoffrey Robertson.

“Every hour we spend on a book adds to the sum of wisdom of our species,” said Australian High Commissioner Mike Rann, who opened proceedings.

He beautifully captured reading books and literature as: “A recurring honeymoon of the agile mind, where we will be stirred and caressed by ideas, stories, arguments and words artfully placed one after the other. For every good book, like every good film brings us alternatives to the way we see the world, and ourselves.” 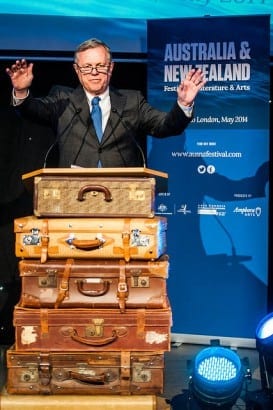 “Pleasure affords to all who love words, language, images, music and the tactile challenge of a good conversation. And this festival will provide a platform for that,” Mr Rann said.

This festival will provide UK audiences the opportunity to meet literary heroes, listen as they read their works aloud, debate issues and discover new voices from Australia and New Zealand.

“Art is dependent on audiences as much as it is on makers, writers and performers. And this is an incredible opportunity for UK audiences to provide ideas and criticism, as well as applause.”

These sentiments were echoed by New Zealand High Commissioner Sir Lockwood Smith, who highlighted the alliance between Australia and New Zealand when it comes to the arts.

“As you know on the sports field, we do compete quite strongly, which is what cousins, and brothers and sisters do. But when it comes to the arts I think we can be much more supportive of each other.

“It is fantastic to see the launch of this great collaboration of literary and artistic talent from New Zealand and Australia. I am very much looking forward to the inaugural festival next year and the showcasing of our exceptional writers and artists,” he said.

Festival director Jon Slack, summed up the 2014 showcase of Australian and New Zealand literary and artistic talent in the following sentence: What do these two countries mean, in the eyes of their people, and in the eyes of the world?

“Joyful, tragic, heart wrenching, inspiring; there will be stories from the very frontier, from the very edge of the world. There is mystery and there is brutality. They are the images and symbols we all know and love. Our hope is that no one will leave untouched or unchanged in how they might define these two countries,” Mr Slack said.

He also announced one of Australia’s most loved novelists, Tim Winton will open the festival on 29 May 2014.

Guests were then treated to a preview of the kind of tales to expect at next year’s festival. Australian indigenous actors Trevor Jamieson and Derek Lynch took to the stage and performed an extract from Big hArt’s production of Namatjira, a retelling of the life of artist Albert Namatijira. 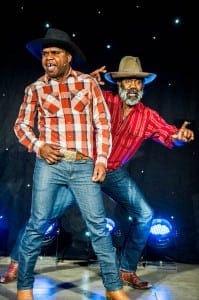 It was a spectacular and stylish launch to what is certain to be a fantastic and memorable festival next year.

The Festival will take place at King’s College London, across the road from Australia House, from 29 May to 1 June 2014. Click here for more information.