Set up in North London, Alex Lloyd seems to be living every Aussie expat’s dream. The multi ARIA winning artist is still at it musically, in fact he’s got a gig in London on Wednesday. PAUL JUDGE met ‘Mr Amazing’ and found out just where exactly he’s been hiding. 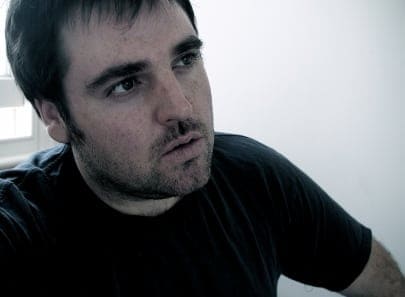 What has Alex Lloyd been up to? I’d heard rumours he was based in London and heard he’d written some songs for a new Australian movie lately. There was also talk he is due to perform his first London gig in a long time, very soon. So, armed with all these questions, I went in search for the man himself?

Alex was nice enough to invite me over to his house in North London and explain how he likes living the expat life.

If you were of the music listening age in the late nineties, early noughties – Alex Lloyd would have been on your radar. He had a string of hits, five albums and a swag of awards. For the past few years though he’s been keeping quiet but no less busy.

Sitting in what I see as the perfect man-shed with his recording gear, instruments, various awards (“my wife won’t let me keep them in the house, so I’ve got them out here!”) and most importantly the FIFA 2012 video game on the big screen, Alex explained he’s still very involved in music but not stepping in the spotlight as much.

‘‘The past few years I’ve still been writing a lot of music but more for other artists. Along with the Mad Bastards soundtrack, I guess you could say I’ve been on the other side of the camera.’’

This brings up the question about the movie Mad Bastards which Alex wrote the score for. It was an experience which took him to the remotest parts of Northern Australia and let him work with some interesting musicians.

“I was going to the Kimberly’s and meeting up with an indigenous band the Pilgrim Brothers to write. Once or twice a year for the past few years I’d go over there and meet up with them moving around the country as far and remote as you could go and make music.’’

Experienced as he is in creating and performing music, these experiences and working with the Pilgrim Brothers gave him a new outlook on the craft of making music.

“They taught me to take your time in making your music and not rush it. The song’s going to come when the song comes. I’ve brought that attitude back to London, the Kimberly attitude.’’

That could explain why it’s taken a while to for him to get back on stage which he’ll be doing this week at Monto Water Rats in King’s Cross.

“It’s been six years since I’ve played a gig in London. There’ll be a bit of new, bit of old. I’ll do some of the hits. I don’t go by the record company mentality anymore. I put stuff out I want to put out and enjoy my shows and have a good time.’’

Like many of us, Alex and his family moved over to the UK with the intention of staying only a year but before they knew it found they were making a life over here.

“We wanted to travel and have a experience. Then the kids started school and we stayed. I love how diverse London is. You can reconnect from where your family originated from. Then you can duck home to catch some sunshine!’’

So there you go, Alex Lloyd has been keeping himself very busy.  As for his comeback gig this week, he has one simple plan for it: “We’re just going to get up on stage and see what happens. It’s just going to be fun.’’ Which is to be expected, because one thing Aussie expats in London like to do is have fun.