REVIEW | When one of Australia’s best known musicians strolls into a quaint London venue with his guitar over his shoulder you get the feeling it’s going to be an intimate gig. Enter Mr Alex Lloyd. 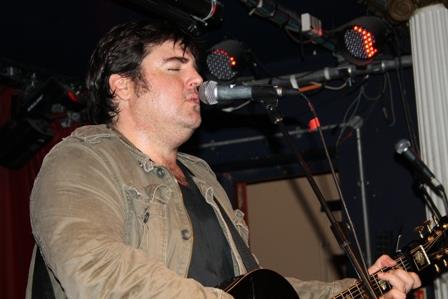 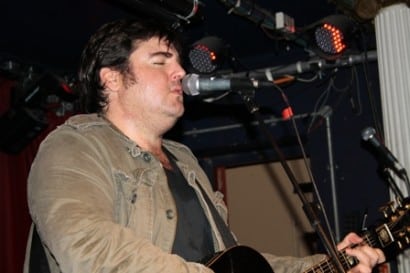 Review by Paul Judge
When one of Australia’s best known musicians strolls into a quaint London venue with his guitar over his shoulder you get the feeling it’s going to be an intimate gig. Stopping for a beer and politely chatting to people who wanted to talk to him, Alex Lloyd then jumped on stage to play a long awaited acoustic set.

He’s been off the radar for a few years and it got me thinking: what was it Alex Lloyd had which made him such a smash hit? The answer, quite simply, is his voice.

Watch our video interview with Alex Lloyd in London

The deep and haunting sound he produces was in full force as mixed the set with some newer songs and plenty of the older hits. The sound quality in the venue was a bit muffled at first but thankfully had sorted itself out by the time he produced a jaw-dropping rendition of ‘Hallelujah’. Following that he introduced ‘Slow Train’, a song from the new Aussie movie Mad Bastards which he was involved with. It’s a beautiful, sad, simple song which was one of the highlights of the night.

Finishing off with ‘Coming Home’ then back on stage for an encore which included his signature song ‘Amazing’ the night was a great throwback to some familiar songs and a few new ones. Even a drink thrown at him by some wanker mid-song didn’t cause him to a miss a note. Once a pro, always a pro! I guess the only question left, does Alex Lloyd still have it? Absolutely. In fact, he never lost it.