AC/DC: Are they about to retire?

There are reports that Australian rock band AC/DC is set to 'split'. 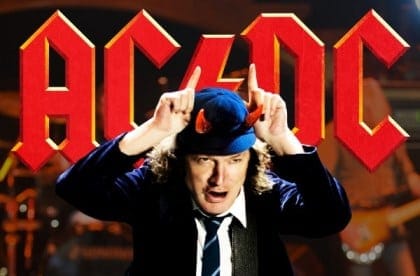 Australian rock band AC/DC is reportedly set to announce its retirement because Malcolm Young, who formed the band with his brother Angus, is ill.

The Fairfax Radio Network reports that the band may never perform or record again.

Comment is being sought from the band, which has not yet publicly denied the reports.

The claims were originally made in an email to Perth radio station 6PR by a person identifying himself as “Thunderstruck”.

“My information is that Malcolm Young has moved himself and his family back to Australia, he’s very very ill and that AC/DC may well be history,” Thunderstruck told 6PR on Tuesday morning.

In his email sent on Monday and read out on 6PR Thunderstruck said: “I have extremely good contacts in Europe that are very close to AC/DC. I have it on very good authority that one of the band members is quite ill and has returned to Australia with his family.

“AC/DC members have previously made a pact that no band members will be replaced should someone need to leave the band.

“No more is currently being said, however the particularly ill member of AC/DC’s son has stated that AC/DC may well be over.”

Entertainment reporter Peter Ford told 6PR that there is every indication that Thunderstruck’s information is correct.

“I do believe that is correct,” he said.

“It is a serious situation.

“It may be that … they don’t actually retire as such, they just never perform together again or record again.”

An official announcement would be made on Tuesday, Fairfax Radio Network’s 3AW reports.

AC/DC was formed by brothers Angus Young, now 59, and his brother Malcolm, who migrated from Scotland to Sydney when they were children, in 1973.

For more than three decades the band has consistently performed at sold-out concerts across the globe.

One of the group’s best-loved works is their successful and influential Back In Black album, which has sold more than 22 million copies in the US.

IMAGE: From the cover of the AC/DC Live at River Plate DVD. The concert was part the rock band’s Black Ice world tour which ran from 2008 to 2010 and may well be AC/DC’s final call.