REVIEW | Paul Kelly is a walking, talking manual for how to live. And, yep well I better come out and say it; 'an Australian bloke's way to live. 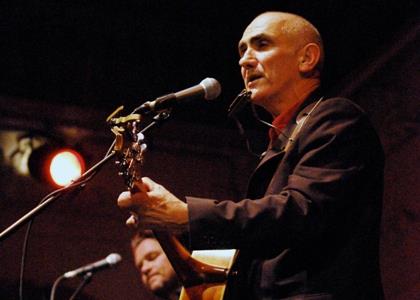 Littered with anecdotes and insights, his alphabet tours rock with A-E being showcased on the first night of this four night stand, so we copped Paul’s homage to his father and hometown ‘Adelaide’ for an opener and before too long we hit upon, err, ‘Before too Long’.

‘Bradman’ had the crowd feeling nostalgic with ‘Careless’ touching everyone in the room in its honest self-appraisal. But a moment occurred during ‘Change Your Mind’ where Paul switched to piano that was just mesmerising in its simplicity. The slow declaration:

“If I can bring wild horses to the hay,
Then surely I can make you sway my way”

… had all of us in a spell; the master storyteller in full swing.

Kelly’s polite demeanor, blond acoustic and ebony grand held us all captivated for two sessions with a good ol’ intermission.

Dan Kelly on lead guitar hummed, squawked and trembled brilliantly through many of his uncle’s songs and received a good share of the audience’s two standing ovations at the end.

But it’s Paul’s audience. He blows us away with his frankness. He makes us feel the agonising wait for acceptance or devastating rejection following the earnest request for the permission of the loved.

Moreover, Paul Kelly is a walking, talking manual for how to live. And, yep well I better come out and say it; ‘an Australian bloke’s way to live. He celebrates our heroes and villains through the ageless reaches of song and story. Paul is inside and outside the circle. He is what you need. He is the one and only Paul Kelly.