A play in a pub? IronBark shows us how it’s done

Combine your usual Sunday evening at the pub with a bit of culture, and support Australian playwrights and theatre in London with IronBark's PubPlays. This Sunday Camden's Colonel Fawcett will play host to a play by award winning Australian playwright Declan Greene, 8 Gigabytes of Hardcore Pornography. 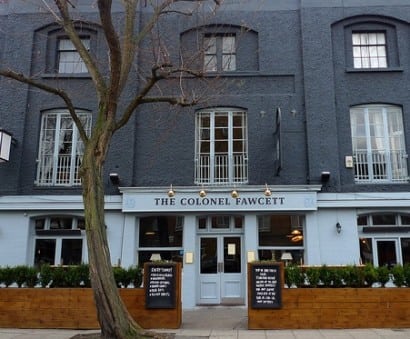 HOW do you combine a lazy Sunday evening at the pub with the opportunity to see an award winning playwright in action? Well, with PubPlays presented by IronBark, this Sunday you can get both your Coopers and your culture in one location.

They have teemed up with young Australian playwright Declan Greene to present his award winning play 8 Gigabytes of Hardcore Pornography at Camden’s The Colonial Fawcett.

“PubPlays is IronBark’s inaugural event for 2013 in support of Australian theatre and playwrights,” Zoe and Nikki tell Australian Times.

“Declan Greene’s 8 Gigabytes of Hardcore Pornography is presented in a Camden pub where you can grab a pint, have some grub and be part of an international audience experiencing the some of the best Australian work currently on offer.”

It is about a guy stuck in a rut. A woman in trouble.

“When you need escape, no-strings sex via OKCupid.com might be a very good idea. But it might not.”

He has been awarded the Malcolm Robertson Prize, the Max Afford Playwrights Award, an R E Ross Trust Playwright’s Development Award, the Green Room Award for Best Original Writing, and the AWGIE for Theatre for Young Audiences.

PubPlays promises to be a great way to support Australian talent in London, in a comfortable and relaxed environment.

PubPlays is on this Sunday 28 April 2013 at The Colonel Fawcett in Camden at 6.30pm. Tickets are available for £3 from wegottickets.com or £5 on the door.