The 2011 ARIA Awards were presented in a star studded ceremony held in Sydney Olympic Park on 27 November before a capacity audience comprised of members of industry heavy weights and music fans. Check out the full list of winners. 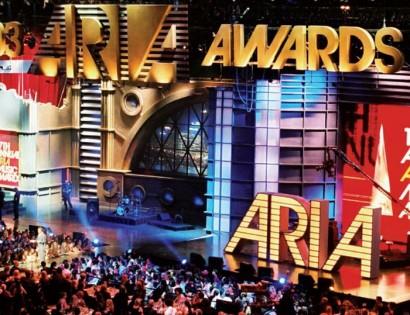 SINGLE OF THE YEAR – Gotye, Somebody That I Used to Know (featuring Kimbra)

BEST MALE ARTIST – Gotye, Somebody That I Used to Know (featuring Kimbra)

BEST POP RELEASE – Gotye, Somebody That I Used to Know (featuring Kimbra)

BEST ROCK ALBUM – The Living End, The Ending Is Just the Beginning Repeating

BEST VIDEO – Natasha Pincus for Starkraving Productions, for Gotye, Somebody That I Used to Know (featuring Kimbra)

ENGINEER OF THE YEAR – Francois Tetaz, for Gotye, Somebody That I Used to Know (featuring Kimbra)

PRODUCER OF THE YEAR – Wally De Backer, for Gotye, Somebody That I Used to Know (featuring Kimbra)

The 2011 ARIA Awards were presented in a star studded ceremony held at Allphones Arena in Sydney Olympic Park on 27 November before a capacity audience comprised of members of industry heavy weights and music fans.

The event kicked off with a “hair raising” performance by West Australian MC, DRAPHT and included stunning performances by GOTYE and KIMBRA, BOY & BEAR, ART vs SCIENCE, GURRUMUL with MISSY HIGGINS, CUT COPY, THE LIVING END and GUY SEBASTIAN, as well as a surprise appearance by DELTA GOODREM who performed a moving tribute to those artists who have passed away over the ARIA AWARDS’ 25 year history.

It was a special night for ARIA HALL OF FAME recipients, KYLIE MINOGUE and THE WIGGLES, both of whom shared the night with their family and friends. PRIME MINISTER JULIA GILLARD inducted our international pop princess, KYLIE MINOGUE, while Killing Time star, DAVID WENHAM took on the induction duties for THE WIGGLES. It was a double celebration for THE WIGGLES who also took out BEST CHILDREN’S ALBUM, their tenth, for Ukulele Baby!

Capping off an extraordinary year, GOTYE has taken out the much coveted ARIA AWARDS in the categories of SINGLE OF THE YEAR, BEST POP RELEASE and BEST MALE ARTIST adding to the three Awards (PRODUCER OF THE YEAR, BEST VIDEO and ENGINEER OF THE YEAR) already bestowed at the ARIA Awards Nominations Event in early October, all for the hit single,Somebody That I Used to Know (feat. Kimbra).

New Zealand born, KIMBRA, who rose to fame in 2011 for her work with GOTYE, has taken out her first solo ARIA AWARD as BEST FEMALE ARTIST for her debut album, Cameo Lover.

Singer/songwriter KASEY CHAMBERS has proven that she is Australia’s official Queen of Country Music taking out her ninth BEST COUNTRY ALBUM Award for her 5th solo album, Little Bird.In an ARIA AWARDS first, the legendary BILLY THORPE has posthumously won an ARIA AWARD for his final masterpiece, Tangier. Collecting the ARIA AWARD on the night were Billy’s wife, Lynn, and daughters Lauren and Rusty.

Sydney three-piece, ART VS SCIENCE, who in 2008 were named triple j’s Unearthed Artist of the Year, tonight added their first ARIA AWARD to their mantles for their debut album, The Experiment, taking out the Award for BEST INDEPENDENT RELEASE.

West Australian MC, DRAPHT, whose album The Life of Riley debuted at No. 1 on the ARIA Album Chart, has taken out his first ARIA AWARD for BEST URBAN ALBUM.

Radio and TV funny men, and all round nice guys, HAMISH & ANDY have won their secondBEST COMEDY RELEASE ARIA Award, this time for their Celebrating 50 Glorious Years Album.

Taking out the Awards for HIGHEST SELLING ALBUM of 2011 was ALTIYAN CHILDS for his self titled debut album and four-time ARIA No. 1 Chart Award and ARIA Award winner, GUY SEBASTIAN took out the HIGHEST SELLING SINGLE Award for Who’s That Girl?

The people have spoken! In the Public Voted ARIA Awards presented by HP and Intel music fans have made their voices – and choices – heard!