A day in the life of Australia’s Brett Dean

Australian composer Brett Dean will be celebrated in a day-long London event at the Barbican this week. 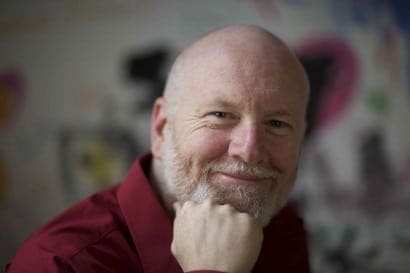 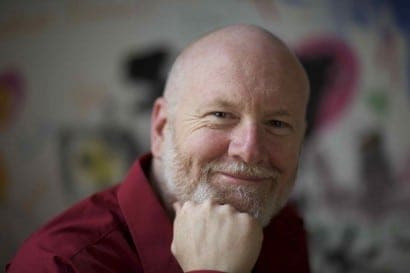 By Will Fitzgibbon
VIOLISTS (those that play the viola) are the Tasmanians of the classical music world; the subject of too many bad jokes. A particularly cringe-worthy one asks, “What do you do with a dead violinist?” “Put him in the viola section,” is the reply.

As a sign of his place among the cannon of contemporary composers, Dean is the subject of a day-long event on 17 March at the Barbican Centre, London. Organised by the BBC as part of a three-part series devoted to modern and contemporary composers, the event, titled Total Immersion, will showcase different aspects of Dean’s recent work.

“I try to write music that engages the mind, the heart and the stomach,” says Dean over the phone from his “kind of warehouse” home in Melbourne.

“To be down the back of the viola section,” he recalls in evoking his 15 years of playing experience with the august Berlin Philharmonic Orchestra, “right in front of an incredible line of double basses was an incredibly visceral experience.”

“In my own music,” Dean elaborates, “there’s a desire to try to capture something of that energy level.”

In 1999, Dean had had enough of the daily rumblings of the world’s best orchestral double bass section. The 21st Century thus began with a return to Australia, allowing Dean to devote himself more fully to composing. Since then, Dean has produced a large and instantly recognisable body of work, acquiring along the way awards, prizes, and positions of influence throughout the Australian and the global music industry. In 2009, Dean won the Grawemeyer Award for Music Composition, often referred to as the Nobel Prize of Classical Music. One year later and Dean premiered his first opera, Bliss, described as “one of the most eagerly awaited events in Australian music.” The 2010-2011 Stoeger Prize for Chamber Music followed twelve months later.

In this year’s Total Immersion: Brett Dean, the day begins with a morning session of Dean as a composer-cum-soloist as he performs his work for viola, Intimate Decisions. Post-prandially, Dean himself conducts an all-vocal programme. The afternoon continues with some film screenings testifying to Dean’s compositional career, including the opera Bliss. The all-day event concludes with the BBC Symphony Orchestra performing The Lost Art of Letter Writing, Carlo and the UK premiere of Fire Music, Dean’s musical in memoriam to victims of the 2009 Victorian bushfires.

With so much Brett Dean in so many roles, a casual observer on 17 March would be forgiven for wondering who exactly Brett Dean is. But the tag of “multidimensional musician” is one that Dean wears with pride. It also keeps the critics rhapsodic, the fans happy and the diary full.

“I’m not sitting there for the phone to ring,” says an eloquent Dean, both immersed in his musical world and himself immersing.

To learn more about Total Immersion: Brett Dean and to book tickets for the event, visit Bbc.co.uk/orchestras/events/574

Image above by Pawel Kopczynski