Ever wonder what kind of studies have been conducted that involve online dating? Here are 5 of the most interesting results regarding the topic.

by Shanaka Thanapathy
in Lifestyle 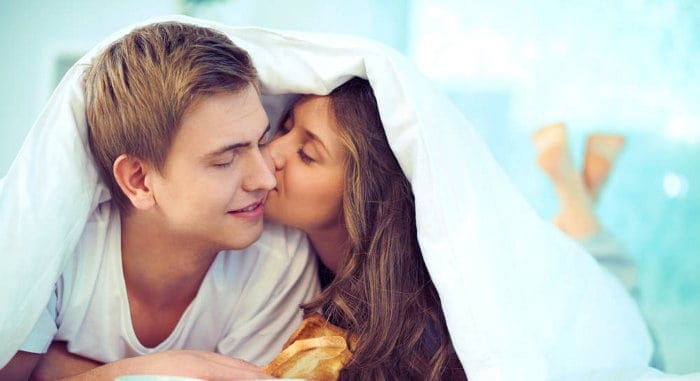 The internet continues to play a big role in our lives, and because of that, online dating is the second most common way people are meeting one another. So, as common as it is, have you ever wonder what kind of studies have been conducted that involve online dating?

Here are 5 of the most interesting results regarding the topic.

1. If you use the word “Love” somewhere in your profile, you are more likely to find love

According to one study by a popular dating site from a few years ago, scientists looked at 1.2 million online dating profiles to determine a pattern of their choice of words they used in the profile and their success at find love.

The scientists discovered that if you use the term “love” anywhere on your profile, you are more likely to find it. Interestingly enough, they also learned that the men who used words like “children,” “heart,” “relationship,” and “romantic” on their profiles had better chances of love than those who did not.

2. Race and class were ranked at the top of important factors

Two separate studies have shown that when people are looking for a partner on an online dating site, race and class play a big role in the selection process.

According to these studies, singles are less likely to respond to someone if they come from another class or if they weren’t of the same race than if they were contacted by someone who had the same economic background and of the same race. So much for keeping your options open, right?

3. A third of people who try online dating ever go out with someone they’ve met online

Perhaps one of the biggest shocks to researchers about online dating is that the people who are on these sites may not even go out with someone they’ve been getting to know.

When you think about it that way, it makes you wonder why people even sign up if they aren’t fully interested in trying online dating to in the first place!

4. Online dating can save you thousands of dollars

When you go out to the club or the bar, how much do you normally spend? Maybe $50 bucks? $100 if you’re a guy. If you go out at least twice a month spending the same amount each time, it adds up quickly.

And the worst part is you may not even come home with a phone number, let alone someone you’ll want to date! However, if you join a free online dating site, all that money you would spend going out could stay in your bank account.

So even if you don’t meet someone the last time you logged on, the only thing you wasted was an evening, not valuable resources.

5. Couples who met online are more likely to stay married

If you want to have a successful marriage, maybe you might want to try meeting your future spouse online. In a 2013 study that was published in Proceedings of the Natural Academy of Sciences, it was discovered that of the 20,000 people surveyed, 35% of them met their spouses online.

That’s a pretty significant number, considering many people believe that online dating is a waste of time, right?