There is much more to Chris than being the 'Sexiest Man Alive' or just dressing up with a cape and hammer, as he has been praised for his versatile acting and fun, down to earth personality. 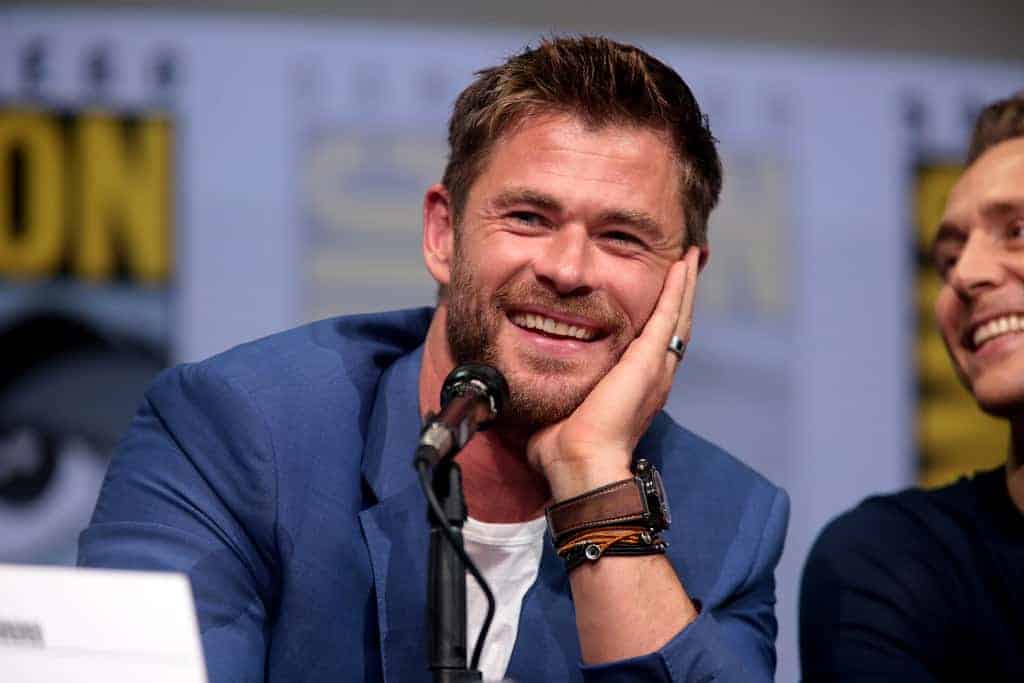 While the title of “Australia’s Greatest Superhero Actor” might belong to Hugh Jackman for his portrayal of Wolverine in the X-Men movies over 17 years, Chris Hemsworth is getting pretty close! Though only playing the Asgardian god Thor on-screen for 8 years, Chris has already made such an impact and wowed audiences with his hammer-wielding and admittedly very buff version of the Marvel comic book character.

Of course, there is much more to Chris than being the ‘Sexiest Man Alive‘ or just dressing up with a cape and hammer, as he has been praised for his versatile acting and fun, down to earth personality along the path of his thespian career. These are just a few cool things about the great Aussie, Chris Hemsworth.

He prefers to live an ocean away from Hollywood

Chris has often said how much he wants his family (wife Elsa Pataky and three children) to grow up in Byron Bay, Sydney, rather than under the bright lights of Hollywood. “Moving back to Australia was a very good decision for us. There I can be with people and talk about things that have nothing to do with the film business. That’s almost impossible in Los Angeles, where there’s rarely a moment when you can forget that you’re an actor. Living in Australia allows me to be away from a world where you can lose touch with reality sometimes,” Chris explained in a new interview.

Famous, handsome movie stars don’t tend to run short on advertising offers! It should come as no surprise that Chris has chosen to be the brand ambassador for many illustrious companies and causes, including Swisse Wellness, Hugo Boss, Tag Heuer, and Tourism Australia. Chris was a big part of the star-studded fake movie trailer for Dundee that was created to help promote Australia.

Chris has shown that his affiliation with any company is likely to be a success, as his special edition Tag Heuer watch was recently auctioned off for charity and raised $35,000 for the Australian Childhood Foundation. Tag Heuer Carrera models usually retail for about AU$7,000 online, but this one-of-a-kind watch designed by Chris was something truly special indeed.

He doesn’t mind changing up his image

Chris is definitely known the world over for his incredible chiselled abs and muscular torso, but for the Avengers: Endgame film released in 2019, he put all that aside and became the hilarious version of Fat Thor. In the film, Thor turns to a lot of eating, beer drinking, and playing video games after falling on hard times and ends up not quite having the physique of old! The fact that Chris didn’t care about his image in the film shows that he’s a dedicated actor and loves to have a laugh at himself.

He can handle a lot of improv

We all know how good Chris is at action and drama, but his comedic chops aren’t bad either. On films like Ghostbusters, Thor: Ragnarok, and his latest, Men In Black: International, Chris was often allowed to improvise some lines and steer away from the script, which resulted in a lot of funny scenes that would be hard to replicate.