The Australian waitress who received death threats after claiming to have slept with One Direction star Zayn Malik earlier this year has gone public once again, this time telling of an alleged one night stand with Leeds United bad-boy El Hadji Diouf. 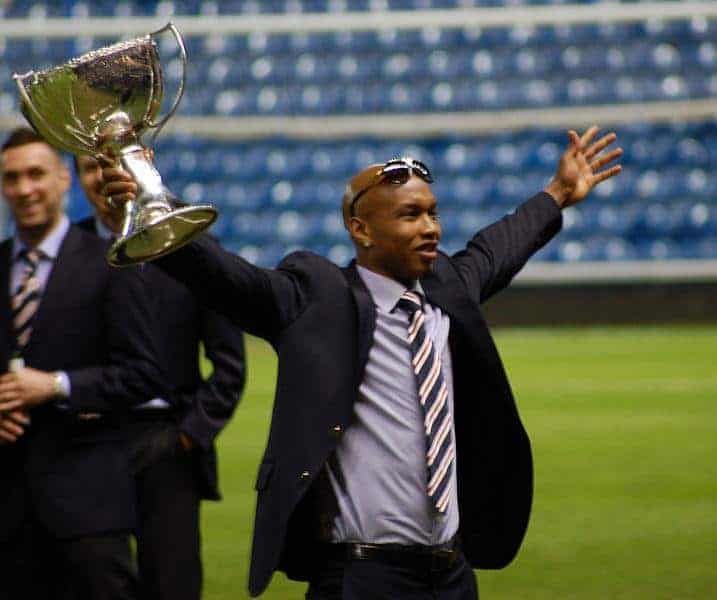 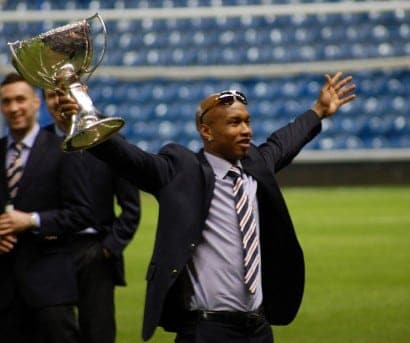 THE AUSTRALIAN waitress who received death threats after claiming to have slept with One Direction star Zayn Malik earlier this year has gone public once again, this time telling of an alleged one night stand with Leeds United bad-boy El Hadji Diouf.

Courtney Webb, 21, told The Sun that she had been unaware that Diouf was married when they slept together after meeting at London nightspot Funky Buddha last year. She said that she had developed a friendship with Diouf after their encounter, despite the revelation that the football player was married and had a young daughter.

Webb said: “Diouf was at the Funky Buddha club, spending a fair bit of money. I think he was with some other footballers. They called me and my friends over and we drank in the VIP area. (A fortnight later) he was at the club again, so I went over for a drink. This time he urged me to go back to the hotel.

“At first I said ‘no’. Then the night went on and I got more drunk so I ended up back at his hotel. We went upstairs to this amazing suite. We had sex and I left the next morning after he paid for my taxi. It was just a drunken one-night stand. He didn’t once mention he was married with a child.”

Diouf and Webb remained in contact after their sexual encounter and did not meet again until Webb, originally from Bargo in New South Wales, travelled to Leeds to meet Diouf last Monday. She said that Diouf took her to San Carlo restaurant for a lobster dinner before taking her to nearby strip club Wildcats.

Webb said: “By then I’d found out he was married so my intentions weren’t sexual – I went there more to see him as a friend. He was very close to me. It was a bit odd. You’d think he’d be more discreet. This voluptuous girl came up in a black catsuit and long leather boots. She introduced herself as Alexis and he invited her to have a drink. He was eye-f****** her, to say the least.”

Diouf is alleged to have had several private dances with ‘Alexis’ before inviting her back to the hotel room which he was sharing with his former lover Webb. The Australian said that she did not expect Alexis to take Diouf up on his offer, however the stripper turned up at the up-market Malmaison hotel at 5.30am while Webb was having a drink in the hotel bar.

Webb said: “They went to the room while I finished. When I got there the shower had been used and they were in bed naked. I thought, ‘Right, they’ve had round one’. Diouf said, ‘Come here’ and I went to give him a hug goodnight. I was very tired and drunk. All I wanted to do was sleep. Then he propositioned me about having a threesome. I said, ‘No’, and he said, ‘No, come on, you going to join?’ I said, ‘Well, it’s not really my thing’ and curled up at the end of the bed for five minutes. I thought they’re surely not going to do anything.  But he had sex with her and it was quite vigorous and rough. I thought, ‘Right, f*** this’, and went into the room next to the bedroom.”

Webb believes that Diouf, notorious for behavioural incidents including spitting on opposing fans and players on multiple occasions, is putting his family at risk by having unprotected sex with other women. She denies that she is a home wrecker and did not comment on her alleged one night stand with One Direction singer Zayn Malik earlier in the year.

She said: “If I met his wife I’d apologise and say I felt sorry for her. I was furious he was having what I believe was unprotected sex with a stripper. He’s putting himself, his family and career at risk. I’d been telling the strippers he was really a good guy. But he turned to me and said, ‘No, I’m really a p***k’.”

Diouf did not deny Webb’s story when questioned about it by The Sun newspaper over the weekend. He said: “This isn’t the first time someone has said this about me. I’m not hurting anyone. That’s all I have to say.”