Why Movember is good for men around the world

To mo or not to mo? That is the questions that thousands of people around the world will be asking themselves in the lead up to this years Movember. 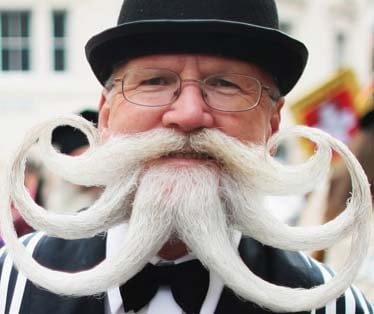 To mo or not to mo? That is the questions that thousands of people around the world will be asking themselves in the lead up to this years Movember.

Despite having previous moustache growing attempts called ‘pathetic’ and ‘disgusting’ by certain people in my life, namely my girlfriend and mates, I will be risking the embarrassment again this year all in the name of a good cause and a bit of fun.

Movember has rapidly grown from humble beginnings in Melbourne, Australia to the worldwide phenomenon that it is today in just a few short years. The month of collective facial hair growth has caught on in countries as far reaching as the UK, New Zealand, the US, Canada, Finland and Spain among others.

Other than giving us the chance to sport some shameless facial hair for a few weeks, Movember plays an important role in raising awareness, and funds for various mens health issues.  Most of us would have been in some way affected, directly or indirectly by cancer at one stage in our lives. Historically a taboo subject amongst males, Movember is going a long way towards lifting a lid on these various illnesses and getting them out in the open.

In the UK, the campaign is targeting testicular and prostate cancers which are the number one and two killers of male British men at present. Over one million people have participated in the campaign since its inception which has resulted in over £106 million being raised. In the UK last year alone, more than 112,000 MoBros and MoSistas participated to help raise £10.3 million.

It is so simple and easy to get involved in. All you need to do is go to ‘uk.movember.com’, follow the links and you will be signed up in a matter of moments. You can go it alone, but there is also the option to create a team which is perfect to get your workplace, a group of mates or your local sporting club involved. Once registered, it is also really easy for people to donate to you through Facebook and Twitter links which are also provided for you on the website. Not to discriminate, females can also register as ‘MoSistas’ and join in the fun.

So what will it be… the trucker, the pencil, the toothbrush or the Walrus? Get your mates together, register before 1 November, have a laugh, and help out a brilliant cause. Let it grow!