Why Aussies move to London

Why do Aussies make the tortuous slog to a place where warm beer, 4pm darkness and bitterly cold winters are staple? Well, there's a whole host of reasons. From travel to music and even careers, Aussies are finding it all in London.

by Bethany Dortmans
in Expat Life 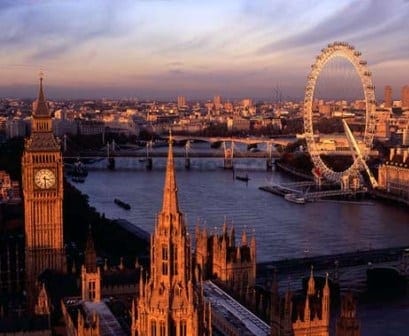 I’ve been asked this more times than I count, give or take some extra adjectives and stronger words (one variation: “Why would you leave that beautiful, sunny country, to live in this cold, dark, overpriced hellhole?”)

It’s a valid question. Hell, I’ve asked myself the same thing several times; usually at the moment I’m walking in the freezing cold rain to catch a packed tube home in complete darkness at 4pm; or I’m faced with the dire state of my bank account once I’ve paid rent for the month; or just viewed sunny photos of my Australian friends enjoying the beach while I’m shivering in my tiny room because the central heating has died again.

So … why do we do it? Why do we pay an arm and leg for a room that barely even fits an arm and leg in it, in favour of a much cheaper and more spacious option in Australia (unless you live in Sydney)? Why do we take jobs well below our usual wage and skill level when we could probably do a lot better at home? Why do we deal with endless winters and blink-and-you-miss-it summers when we come from a place that gets some of the most sunshine in the world?

It might not have dazzling beaches, good weather, or a viable minimum wage, but just as quickly as you can fire off a list of negatives about this country, I could just as quickly match it with a similarly sized list of positives. Based on my own experience and that of the Aussies I’ve met along the way, here are some of the possible reasons that Australians choose to call the UK home:

Travel addiction
It makes me laugh at the idealized way some Brits view Australia; the teenagers I work with seem to think Oz is some kind of magical faraway fantasy land, where the sun is always shining, people are always happy, there is no crime and everything is simply perfect (except for a few Home and Away-esque dramas). I’m not going to deny that Australia is a pretty cool place (it really is) but it is so damn far away from everything.

So you must understand that for an Australian, being in Europe is like being a child in a sweet store. There’s such a diverse and delicious array of treats, and we can’t stop at just one. The more we eat, the more the sugar addiction sets in.

Ask a Briton what they’re doing for their long weekend and more than once you’ll get the nonchalant ‘Oh, just jumping on a train to Paris’ — a whole other country, no big deal. Where I came from, a ‘weekend getaway’ would constitute a trip to Lakes Entrance or Bonnie Doon.

Since I’ve lived in London, I’ve visited more than 10 European countries; some more than once, some for extended periods of time, some for weekend ‘minibreaks’. Could I have ever mastered that kind of travel from Australia and sustained it on my income, energy and leave entitlements? Never.

Living in an English-speaking country with such amazing, culturally rich and exciting places only a cheap Ryanair flight away; while I’m positive a lot of Britons take this luxury for granted, I assure you, us Aussies certainly don’t.

The challenge
As much as a reflect on my former life in Australia with a rose-coloured nostalgia, I know that if I had never left, I never would have broken out of the little comfort bubble I had found myself in. I had a decent job in my desired field, I had financially viable and harmonious living arrangements, my commute to work consisted of rolling out of bed and riding my bicycle about 5 kilometres, I had good friends, family at close reach, I regularly indulged in the many wonders of Melbourne’s restaurant and bar scene and life – well, life was pretty grand.
There was one problem though. It was too easy.

I was bored. I was spending my time gazing wistfully out my office window as I felt life literally passing me by. I was 27 years old and the furthest I had travelled from my comfort zone was New Zealand. I made the decision to quit my job and left Australia’s shores with a full bank account and no plan except for a list of countries to visit. And I haven’t looked back.

OK, the economic doom and gloom does get me down time and time and the fact that the Australian dollar is absolutely kicking the English pound’s butt does make think I might’ve done things a bit back to front. But at the end of the day, I can tell my grandkids that I was in London in the midst of the worst recession since the Second World War and the worst winter in 30 years and I survived.

Living in London, and the UK in general, isn’t easy, this is true. But what about those of us who don’t want to take the easy road?
And the best part? Australia is always there when we’ve had enough.

Career opportunities
Of course, this argument varies depending on your qualifications and field of work. Clearly if you work in in-demand sectors such as IT and education, you will have little problem finding well-paid work in the UK. Other fields, particularly those in the arts sector, are much harder but certainly not impossible, and it helps that Aussies have a resoundingly good reputation when it comes to some decent hard work. It might be difficult initially to get your foot in the door, let alone open it enough to get a promotion, but the good news is that once you’re in and you’ve proven yourself, the opportunities are far-abounding, because in the UK and Europe in general, the ladder goes a lot higher.

Music/nightlife
The UK nightlife and music scene is one of the country’s major drawcards, especially if you’re music mad like me. Seeing big-name bands for a fraction of a price you could at home; experiencing some of the best nightclubs Europe has to offer; discovering new bands every weekend and more festivals than you can poke a stick at. And the diversity: from teetering along the West End’s streets in high heels, to decking yourself out in your trendiest/grungiest gear and hitting up one of Dalston’s rock bars, to dancing yourself into a stupour at Fabric, to joining the hippies at a squat party or outdoor rave or even just having a few cheeky pints at the local down the road. If you’re bored in London, you’re doing something wrong.

Friends/acquaintances/other Aussies
I do find it amusing that Australians will leave a country full of Aussies to move to London sharehouses full of Aussies in suburbs full of Aussies who regularly visit pubs full of Aussies; but the truth is, that’s what we do. While none of the above apply to me, I would be lying if I said that the presence of an Aussie friend or two in London didn’t have something to do with me coming here. Additionally, as hard as I have tried to break out of my Aussie circle, I do find myself spending the majority of my time with my fellow natives. In London, Aussies stick together because it offers cultural comfort in this big, crazy city.

So in summary, to state what might seem the bleedingly obvious to some, we move here because it’s different. It’s the same reason Britons are hitting Australian shores in droves; we want what we don’t have. The icing on the cake is that once we’ve experienced what it’s like on the other side of the world, we also realize that the side we came from wasn’t too bad.

Why did you move to London? Let us know in the comments section below.