Where in London and around the UK is it best to live if you are an Aussie expat?

Thinking of moving to the UK? Is it best to live where other expat Australians have gone before or would you prefer to trailblaze further afield and leave old London town behind? Find some answers, here...

by Sandi Durnford-Slater
in Expat Life

I’m busy writing this, ensconced in my little office in my home in Fulham, London. “Typical for an expat!” you might exclaim, but as it happens I am in a rather forgotten part of Fulham – neither Fulham Broadway nor Fulham High Road, and pretty far from both.

Which of these categories do you (or will you) fall into?

1. You’re the only Australian where you live and you hardly ever hear another Aussie accent.

2. You live in an area where – if you didn’t pinch yourself – you’d forget you are in the UK.

3. You’re not Australian, but sometimes wonder if you’re becoming one because you’re surrounded by them.

So, where in London and the greater UK do other Aussie expats live?

Where might it be best for you to claim your own piece of little Britain with your compatriots? Or alternatively, where is best avoided if you’d rather keep your distance from them?

This broad area of London is most popular with expats and stretches from along the Waterloo to Woking train lines, taking in the southern stretches of the Northern Line (that’s the black one, to you newbies) and District Line (the green one) Tubes, with large expat communities dotted all along the way.

If you are reading this from your sofa in Australia, busy planning your move to London and just can’t bear to be parted with your mates, you probably want to move to specific areas in the West and South West like: Hammersmith, Shepherd’s Bush (there’s even a real Westfield shopping mall there!), Fulham, Putney, Southfields, Wimbledon, Wandsworth, Raynes Park, and all the Claphams. Or even venturing slightly further afield to Twickenham, Esher or Woking could be on your list.

These areas will guarantee your dose of  Aussie (and Kiwi, and South African) accents. There will be Australians chatting too loudly on the District Line thinking no-one understands them, and a neighbour with a story about how their son or daughter has an Antipodean teacher at their local school.

In more recent years, the hip Aussies, Kiwis and Co. have migrated towards ever funkier Shoreditch area (below) which is just a stroll from the London City financial district. Nearby, Hackney and Dalston are the up-and-comers while Angel-Islington (Monopoly, anyone?) is home to one of the best array of bars and restaurants in London and Old Street boasts the so-called ‘Silicon Roundabout’ where all the tech companies have set up shop.

Heading closer to the shoreline and further away from bustling London, Southern England offers the beautiful, historic counties of Somerset, Hampshire, Wiltshire, Surrey and cities of Bournemouth, Brighton, Bristol and Dorset.

History buffs may be interested in the city of Salisbury in Wiltshire, whose ancient medieval Cathedral is the home to the oldest clock in the UK, and one of the four surviving original copies of the Magna Carta. You will also find the famous and mysterious Stonehenge on the Salisbury plain. 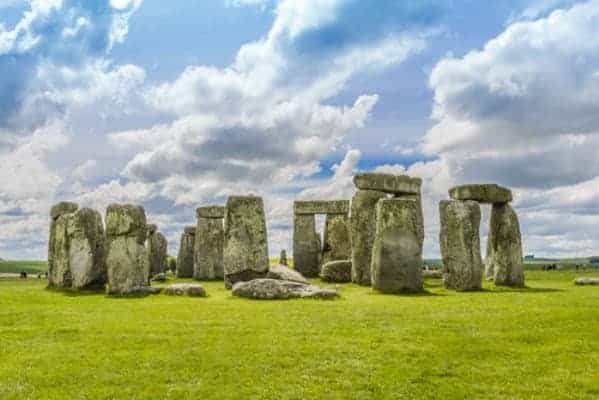 Hampshire is full of seaside resorts, has two national parks, quaint villages and scenic walks, quite suitable for those who grew up running barefoot in the Australian, Kiwi or South African countrysides, while Dorset features those breath-taking, white chalk downs.

If you love Australia’s wine country and want to be near some vineyards, Surrey or Sussex could really be the place for you. With the same geographical make up as the French Champagne area, the Surrey hills boast some English sparkling wines which are beginning to make their mark in the UK and abroad. 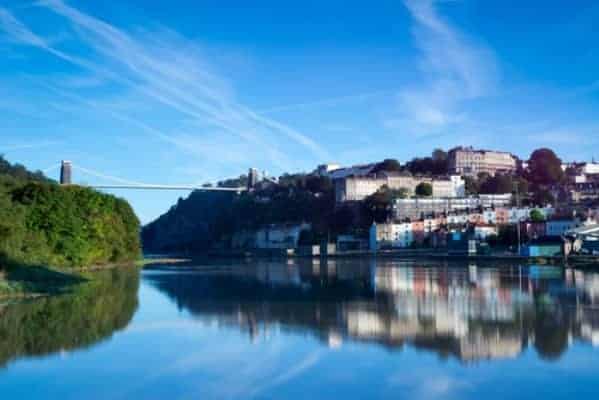 Bristol (above) is the United Kingdom’s eighth most populous city and is abuzz with student and bohemian types. It’s a short drive to the good surfing beaches of Devon and Cornwall, has a sizeable harbour and is close to the Severn bridge crossing to Wales.

Perhaps the Midlands and the North of England can tempt you?

If you are a little arty, perhaps a journalist, producer, media researcher or actor hoping to star in the next BBC drama, the metropolitan cities of the more centrally-located Birmingham, Manchester, Salford or even Liverpool on the west coast (the home of the Beatles and great football) may suit you better.

The BBC has largely left London and has relocated further north to Salford, so you will be nicely situated near ‘Media City’ and just a few competitive auditions away from your next big break.

Birmingham is the UK’s second biggest city, after London. It’s nightlife, culture and diversity will keep you on your toes. If you get tired of the city, Central England is beautifully placed for a weekend break to the Lake District, Peak District and Yorkshire.

“But the weather in the UK is awful,” you say? If you are looking for the area in Britain with the best weather then East Anglia is where you want to be. 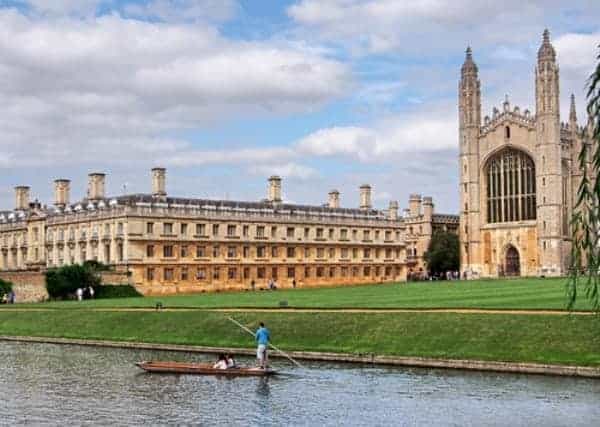 The cities of Cambridge (above), Norwich and Ipswich boast the sunniest skies and statistically the least amount of rain.

Or choose an area that’s close to the airport

In terms of easy travel, the UK has a number of international airports and busy train stations scattered all across the country. Heathrow is (of course) well known to  expats, but don’t underestimate the possibilities of living near Gatwick.

Gatwick is the UK hub for many of the smaller airlines and most of the American airlines. It’s perfect for flights to city breaks in Europe and the USA. The towns and countryside near Gatwick are less crowded and you will find affordable homes with more space, gardens and good views and the odd Antipodean. The fast trains will take you to London’s West End in under an hour to see the latest shows, so don’t think you will miss out by being further out.

We have really hardly touched on the rest of the UK – Scotland boasts the beautiful Highlands and lochs (below), Northern Ireland a rich culture of music, dancing and Guinness, and Wales with its beautiful countryside and language is exquisite. 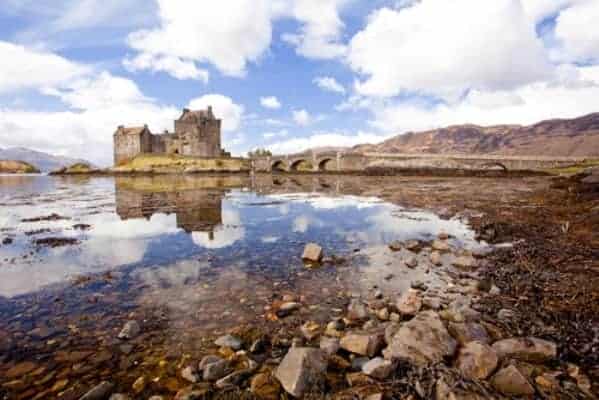 These must be explored at the very least, but maybe you want to be different and set up your own little Aussie colony.

In which case, I am led to believe that there are no Australians living in the Welsh town of Llanfairpwllgwyngyllgogerychwyrndrobwyll-llantysiliogogogoch (let me just spell check that – Editor).

It translates as: ‘The church of St. Mary in the hollow of white hazel trees near the rapid whirlpool by St Tysilio’s of the red cave’. It is believed to be the longest place name in the world. If you are thinking of becoming a first Australian pioneer, this might just be the place for you.