When London gets you down, wish upon a Eurostar

Eventually those sweet rhythms of life in London seem more like the grating sound of a skipping CD. But wait, there is respite... 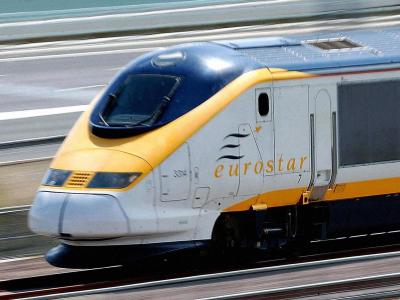 By Arti Behan
Eventually those sweet rhythms of life in London seem more like the grating sound of a skipping CD. The kind that pounds on your hung-over head while you fantasise about putting a shoe through the stereo or fleeing out the front door of whoever’s house it was you ended up on the couch of last night. But all you can manage to do is wrap a pillow around your face and plead to the Universe for an asteroid to plunge down to Earth, ending it all.

“The novelty wears off,” someone told me shortly after I arrived, in a bid to end my bright-eyed childlike ranting about every little aspect of London.

I couldn’t imagine how. I had lofty notions of finding the ‘Rhythm of London’. I planned spiels of the rocking cha-chunk, cha-chunk of the Tube being the pulse of the city while the urban life blood flowed through beer-lines in the many pubs and bars and its soul shone bright out of Camden dives.

I wanted to be absorbed by it – forgotten, irrelevant, anonymous, and wafting aimlessly through the cobblestone streets like so many lost souls before me.

But now I feel like a free radical – not in the revolutionary sense, but in the chemistry mould. A bad and harmful molecule, potentially cancerous, often caused by poisons, smoke, pollution and fried foods, coursing through the currents of the body.

At times like these you are reckless. You pick fights with those who don’t deserve it. Your mother wakes to a desperate email of defeat, surrendered-pathetic weakness, which does nothing but distress. The rug you’ve been sweeping all your problems under starts to fester and rumble, threatening to explode like a volcano – raining regrets and mistakes all over the place. The skeletons in your closet start talking, arranging a jail break from where you locked them and wanting to run riot with your life.

These are not the sweet rhythms of London – oh no. This is an intense mind-retching crescendo of paranoia and loathing – a maddening symphony of the ‘Sounds of London’. The rumblings of the constant flow of airplanes in the flight path above, the beeping sound of the Tube door closing just before you get it, your alarm going off, again, and again, and again, police sirens, people yelling, sneezing, coughing, and a horrible scream you don’t recognise but fear it may be the desperate howl of a dying dream. This is the score to your life and it won’t stop. It won’t bloody stop!

How many more times can you do it? All the blacked-out nights that turn into white-out mornings damaging and corrupting the grey-matter. Bad blues with red-eyes, dry-reaching over white porcelain — are these the colours the Union Jack represent?

There is only one option. Leave the body. Flee. But don’t go home. Do not go home! Going home is a surrender you may well never live down. You will have learnt nothing other than you are weaker than you imagined.

I write this from a Paris hotel room. That mind-wrenching, repetitive thud of the skipping CD is now just a light and ignorable cadence all but lost somewhere in the night over the North Sea. I look out my window as the beam of light from the Eiffel Tower circles overhead and feel refreshed, inspired and that I’ve learned something I had to learn – some little lesson that I’ll carry with me and one day be able to call upon for guidance.

I understand now. This is all part of the dance.