Watch your step on the streets of London

While the streets in the English capital may be beautiful and full of history — they’re also full of lurking dangers.

by Melinda Edwards
in Expat Life 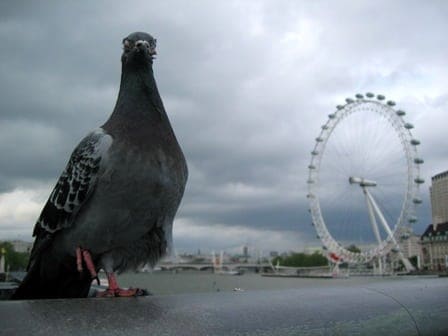 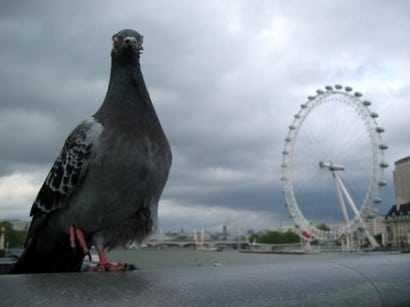 By Melinda Edwards
YOU can just see it in your mind like something out of a sitcom. One day, you’re happily walking along the footpath and suddenly you trip on an uneven slab of pavement or slip on some wet autumn leaves and fall flat on your face. Just at that moment, a big red bus comes along and sweeps a massive puddle of water all over you. Now your neatly ironed work top is wet and not you’re covered in the grime of London. You look up and who is there? A sweet but persistent street fundraiser who is going to ask what your name is and if you love animals, beginning what is going to be a long story about how your £5 donation every month for the rest of your life will help save them. This is London!

London’s streets can present a heap of unsuspected perils. Take the uneven footpaths as a prime example. I’m use to tripping and stumbling over them on my way to pretty much anywhere in the city (my need to throw away scuffed, damaged and worn out shoes on a regular basis must be evidence of this). What’s funny is I almost always look back at the culprit with a look of shock and awe – somehow I am in wonderment about what caused me to trip. The pavement seems to mock and laugh at me, ‘Ahaha, another victim succumbs to my uneven ways’. And it’s not just me. A good friend of mine has battle scars from the time she tripped over in her very own street. London’s footpaths 1- Jaime (and surely countless other Aussies) 0. Coming from a relatively smooth and even Brisbane, I was surprised at how much I had to concentrate on walking in London when I first arrived.

But that’s not the only thing we have to battle while walking around London. Every time it rains in the capital the hundreds of people walking the streets take out their umbrellas, each with the potential to poke your eye out.  While you’re busy figuring out the best way to get past that lady with her massive golf umbrella, many more are secretly planning their attack on you. There is always that stubborn ‘are you going to tilt your umbrella so we can both pass’ moment.

But the chaos doesn’t end there! With autumn just past us, the beautiful golden leaves you’re seeing all over the ground, well they have the potential to be a deadly slipping hazard if you step on them with your heel in just the wrong way. There will be no more running to catch the bus while the leaves are on the ground. And this will become even worse if the snow decides to fall in London this winter, which will eventually turn to a lovely brown slosh on the footpaths making walking along a busy street pretty much a risk to your life.

And don’t forget about the pigeons! Ah, the pigeon – that menacing urban bird that just won’t get out of the way of you walking. Suddenly they realise you’re right on their tail and they fly up, almost hitting you in the head in an attempt to escape. For good measure the wind created by their frantically flapping wings throws a good amount of debris from the street into your eyes, making you temporarily blind (cue street fundraiser here). I’ve learnt to simply walk well out of the pigeon’s way, as I have with spit wads on the pavement. I give them a wide berth – I don’t want pigeon feathers or street dirt in my face as much as I don’t want somebody’s sticky saliva on the souls of my already damaged shoes.

Walking London’s streets can be tiring, but we wouldn’t all be in London if we didn’t love it here. The streets have their moments but hey, who hasn’t survived a bit of cement in the face or wet street muck all over your clothes. We live to tell the tale to other Aussies arriving in the UK so they know how life in London can be just so.